Writer Cathy Newman reports on two ethnology professors who invited indigenous artisans in Mexico to create masks, drawings and other works of art to portray the coronavirus through the lens of their traditions. 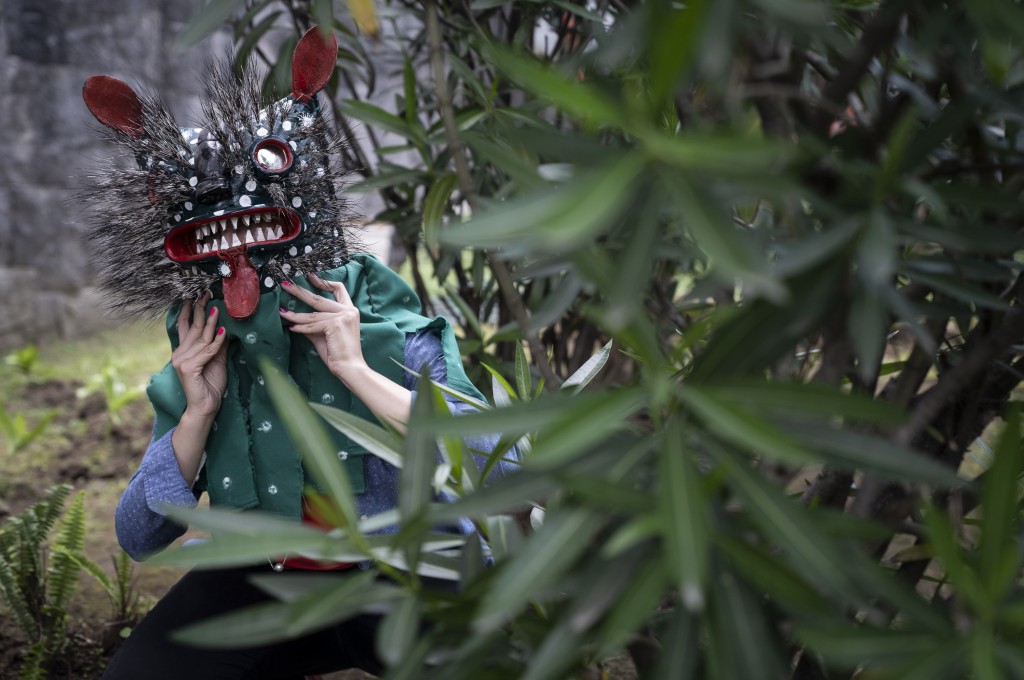 Masks are the emblem of the mystery man hero — think Zorro and Batman, the centerpiece of theatrical costume as in Japanese Noh plays and Phantom of the Opera. In their cultural context, masks are powerful ceremonial artifacts that obliterate the wearer’s personality and change him or her into another being entirely.

The age of COVID adds yet another layer of meaning. When breath, the embodiment of life, becomes the carrier of death, a mask becomes literally a matter of life and death.

In April 2020, Blanca Cárdenas and Carlos Dávila, professors of ethnology at the National School of Anthropology and History (ENAH) in Mexico City, invited indigenous artisans in their country to create masks, drawings and other works of art to portray the agent of the pandemic — the coronavirus — through the lens of their traditions. The project, as its title suggests, aims at “Putting a Face on the Virus.” So far, their collection includes 14 masks of wood and other materials, numerous painted cloth masks, drawings and special cut-out figures made of paper. We spoke to Cárdenas and Dávila by Zoom. The interview is edited for length and clarity. 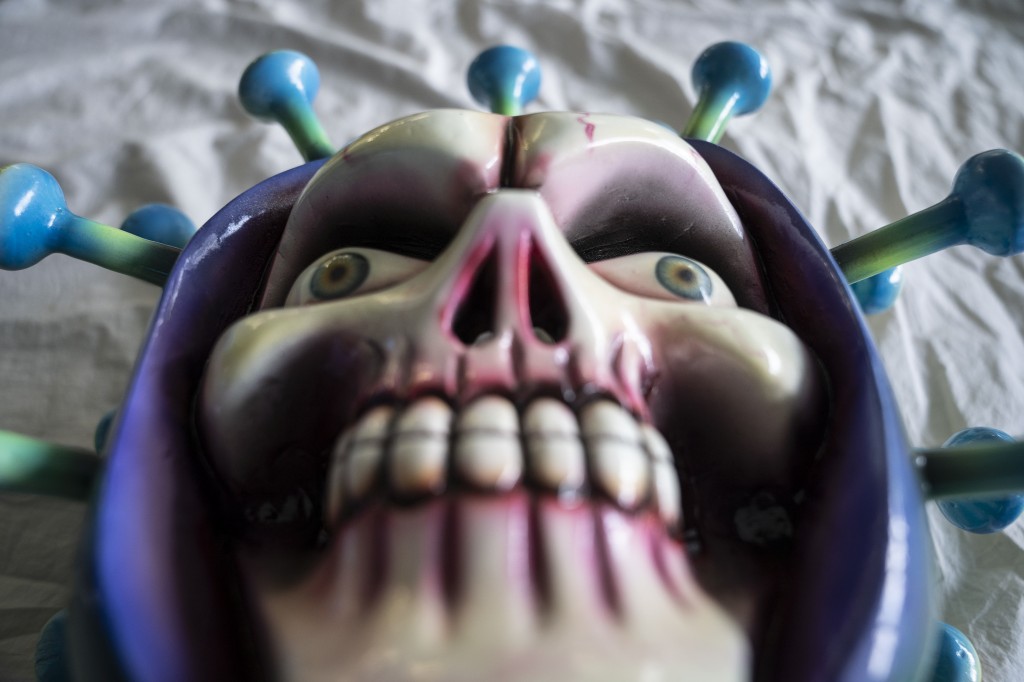 Tell us about the origin of the project and its purpose.

Carlos Dávila: We wanted to know how indigenous people understand the virus and the pandemic, and the solutions they find — not medical solutions — but how they live with it and how they picture it. 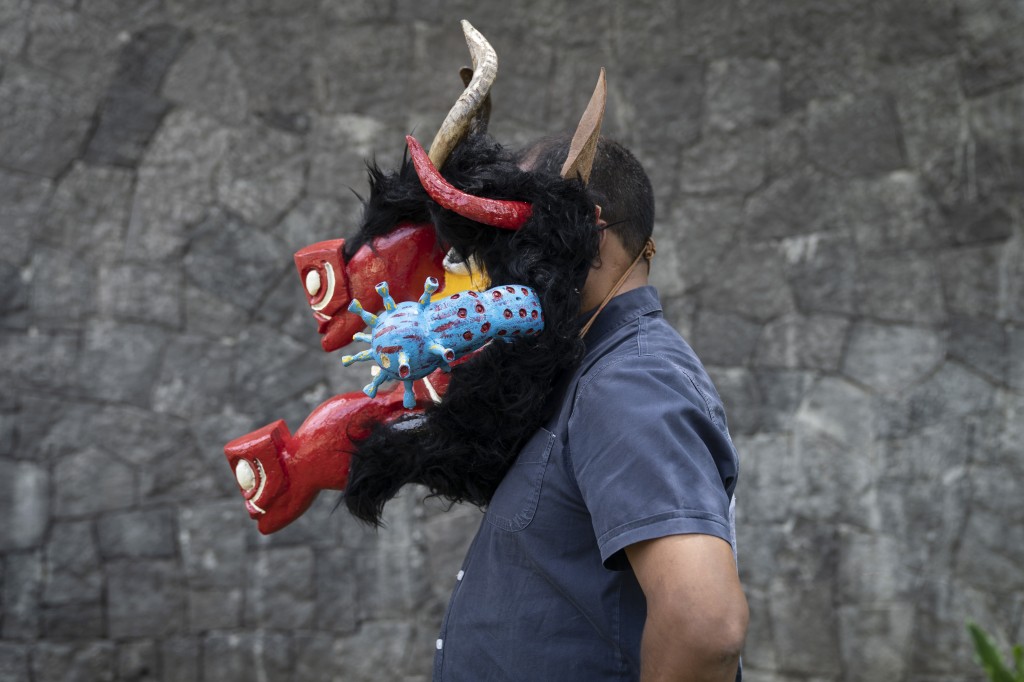 Carlos Dávila, subdirector of bachelor degrees at the National School of Anthropology and History, poses with the mask “The Devil of Teloloapan,” by Fidel Puente from Teloloapan, Guerrero, Mexico. Photo: Toya Sarno Jordan for NPR

How did you recruit these artisans?

Blanca Cárdenas: Artists sell their creations in plazas and open-air markets, but because of the pandemic these venues were closed. They had to find another way of selling.

Carlos noticed pictures of them offering their masks on Facebook. He contacted them and would commission a work. Then, when it was safe, he would go to their community to pick it up and interview the artist. 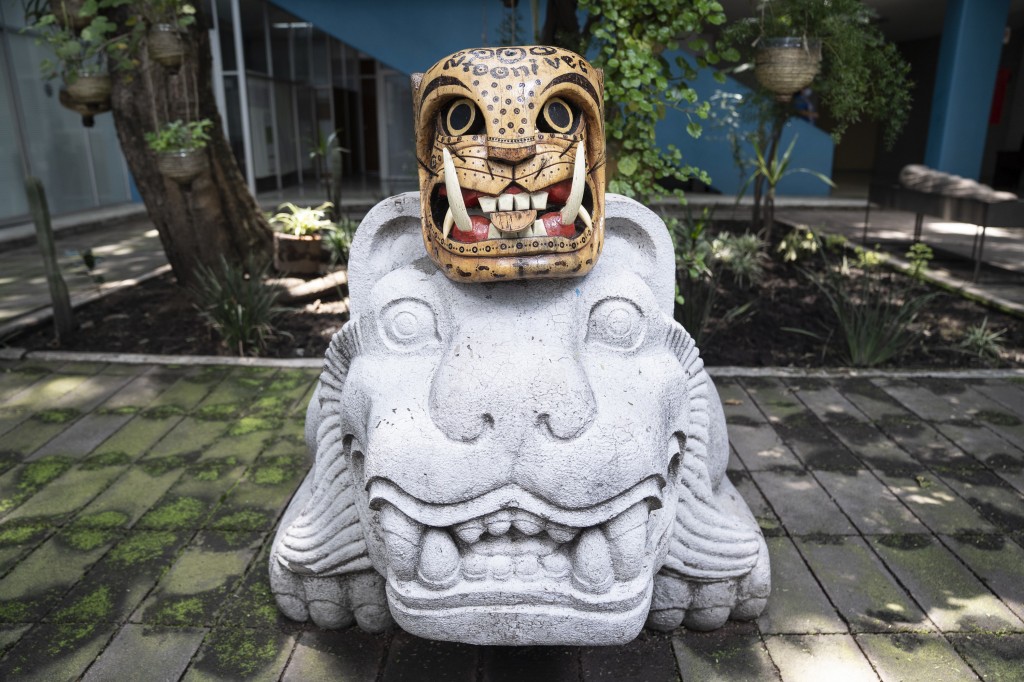 Dávila: The artisans work with different strategies. When we asked one why was he taking so long, he said: “Sorry I haven’t been able to dream.” This artist had to dream his mask, because that is how he could enter into the supernatural world.

Explain the importance of the supernatural in how the world is understood by these communities.

Dávila: In many indigenous cultures, time is perceived differently. It’s circular, not linear. Many believe the world gets destroyed every now and then, then regenerates. These masks show the other entities around us—gods, devils, the dead, animals. For us many things are inanimate. But for these cultures, water, mountains, stars and stones have their own spirit. The dead are more alive than we think. Everybody is going to die someday. But a death caused by human consequences, like the virus, is a bad death. They believe that when someone dies of natural causes, they are transformed into a star. When one dies unnaturally they become infected air. Some think the origin of the virus is the continued aggression to our planet and destruction of nature. They say the earth is crying. 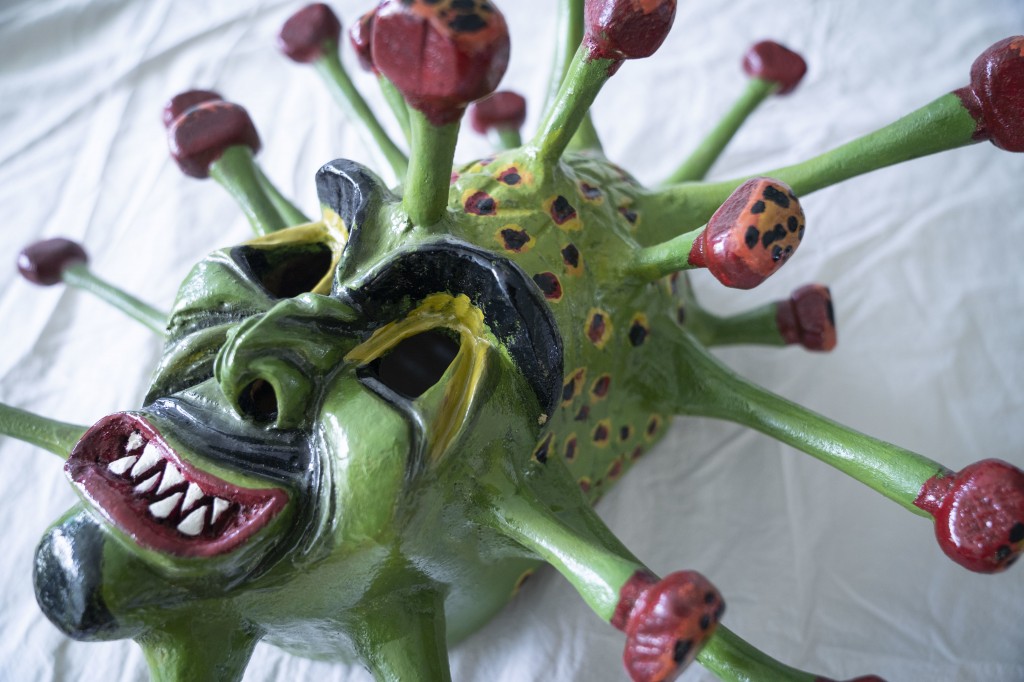 Cárdenas: So the pandemic represents a period of destruction, but we can be sure that the world will regenerate with a new order — maybe without humans or with other dramatic changes, but the world will continue.

You indicate there is a historical subtext to these masks?

Dávila: This year marks the 500th anniversary of the Spanish conquest of Mexico. Pandemics erupted in those indigenous communities with the arrival of Europeans. So the idea of pandemics and sickness coming from the outside is ingrained in their culture. 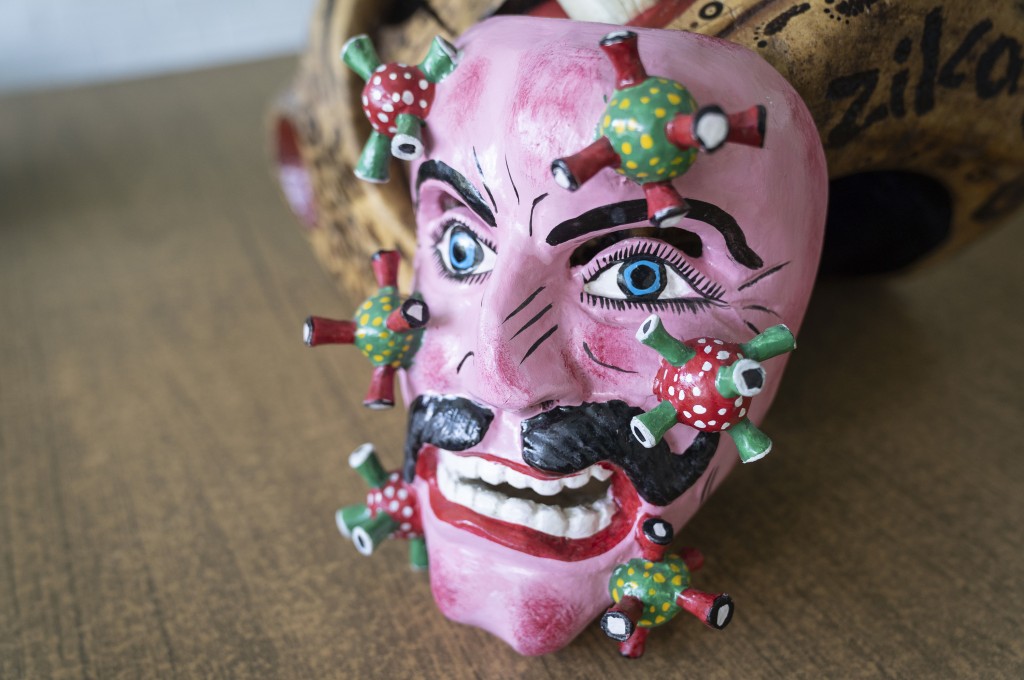 Let’s talk about those masks that reflect that perspective of the infectious “outside world.” One powerful example is a mask of man with pale skin, a mustache, blue eyes and a half dozen coronaviruses attached to his face.

Dávila: The blue eyes, mustache and pale skin represent mestizo man, an outsider. It’s the linking of past and present and the idea that disease is of foreign origin. Many communities were sure the only way to control the virus was to close their borders. There were many months when you couldn’t get in. 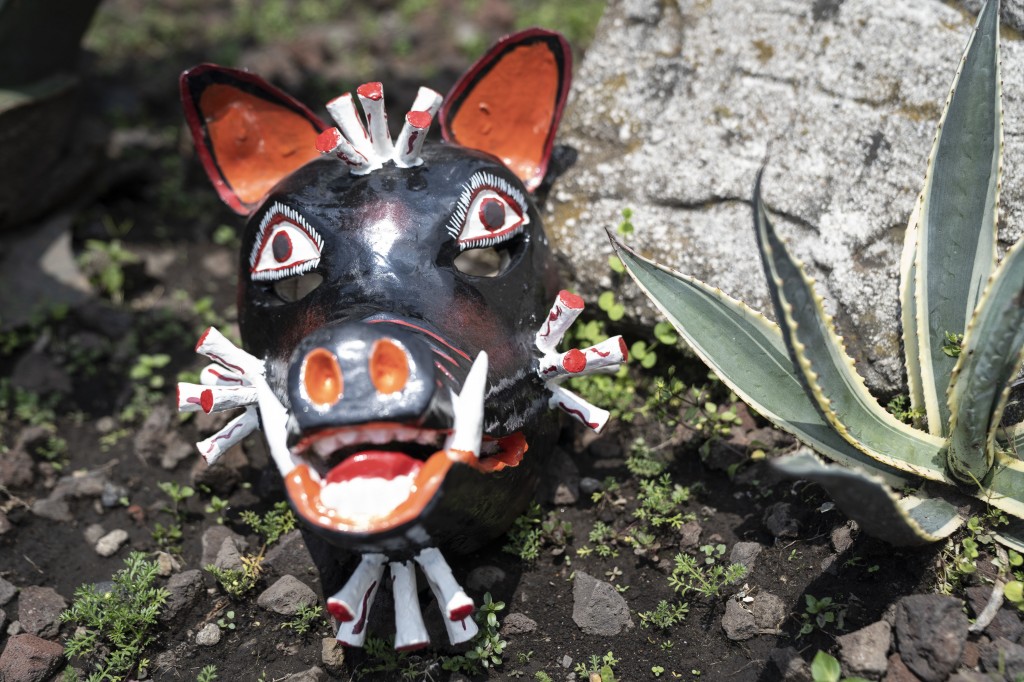 The same artist, Zeferino Baltasar Basilio who created mestizo man also made a mask representing a black boar covered with viruses. What’s the message there?

Dávila: That is a COVID pig mask. Pork also suggests illness. If you don’t cook it in the correct way, you get sick. Indigenous people associate COVID with eating poorly. They say the sickness arrives because we don’t eat well; the remedy is to eat vegetables and greens.

Will the masks be used in a ceremonial setting?

Cárdenas: Every mask is alive, but to truly become alive, people have to dance with them. Right now, these masks haven’t been part of a ritual, but when it’s possible, we hope to take the masks to a carnival so they can be used in a ceremonial way.

Where did the funding for the project come from?

Cárdenas: Unfortunately, the school didn’t have any money, so Carlos paid for them.

We hope they land in a good place, with a museum or collector — somewhere the objects can be seen so they can communicate their meanings.

What lessons can be learned from these artful expressions of indigenous cultures?

Cárdenas: That there are many ways of living the pandemic and of understanding the virus. Their world is one made of other worlds where humans are not the only species that exist. It teaches us that it is essential to rethink our relationship with the world of nature and to appreciate the importance of the supernatural to these cultures.

Cathy Newman is a former editor at large at National Geographic whose work has appeared in The Economist, The Wall Street Journal and Science. Follow her on twitter @wordcat12