Pulitzer-prize winning playwright Sam Shepard has died. He was 73. A family spokeperson told the New York Times the cause was Lou Gehrig’s Disease.

In North Texas, the Undermain Theatre may well have produced more Shepard plays than any other company. In fact, the Undermain’s very first production in 1983 was a triple bill of one-acts, including Shepard’s early work, ‘Killer’s Head.’ The company then staged ‘The Late Henry Moss’ in 2003 and ‘Ages of the Moon’ in 2011 – both of them classic, later Shepard plays about aging, quarreling men. The late Ken Bryant directed ‘Buried Child’ at the Dallas Theater Center in 1990, while numerous area companies have produced ‘True West’ and ‘Fool for Love,’ perhaps the playwright’s most popular works. 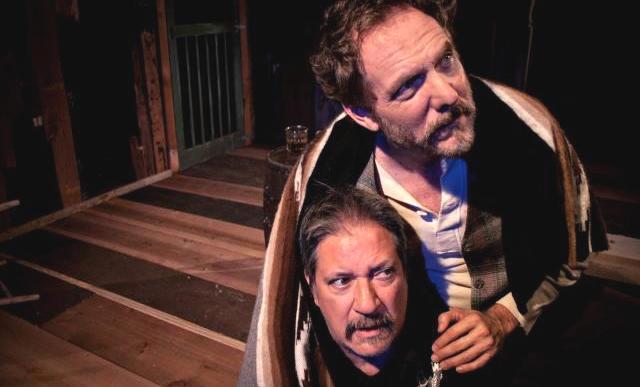 Mark Fickert and Bruce DuBose in ‘Ages of the Moon’ at the Undermain Theatre in 2011.

Shepard’s importance to theater in general is hard to overstate. Here’s the Times:

One of the most important and influential early writers in the Off Broadway movement, Mr. Shepard captured and chronicled the darker sides of American family life in plays like “Buried Child,” which won the Pulitzer Prize for drama in 1979, and “Curse of the Starving Class” and “A Lie of the Mind.’

He was widely regarded as one of the most original voices of his generation, winning praise from critics for his searing portraits of spouses, siblings and lovers struggling with issues of identity, failure and the fleeting nature of the American dream. He was nominated for two other Pulitzers, for “True West” and “Fool for Love,” which both received Broadway productions.

Mr. Shepard was also an accomplished actor, nominated for an Academy Award for his supporting role in “The Right Stuff.” His most recent work was in the Netflix show “Bloodline,” where he appeared as the character of Robert Rayburn. He also appeared on New York stages, winning strong reviews for his performance in the Off Broadway production of Caryl Churchill’s “A Number” in 2004.