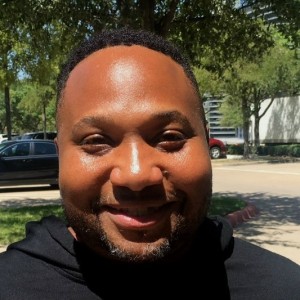 Normally, Wambui Richardson stays busy as the Artistic Director for Jubilee Theatre, the oldest black theater in North Texas. With the Fort Worth theater closed right now he is enjoying a luxury that directors of a busy theater normally do not have – time.  Richardson is taking it to indulge in another passion – writing.

At another time, Richardson was a playwright. He’s currently working on writing a series of monologues and building a collection of stories.

He says, “It’s a place where those voices in my head can be put to paper and heard.”

The idea, he says, is to put all that wisdom and experiences a parent wants to impart to their children and hopefully not come across as nagging or preachy. Richardson is on a deadline. His children – twin sons – go off to college in the fall. 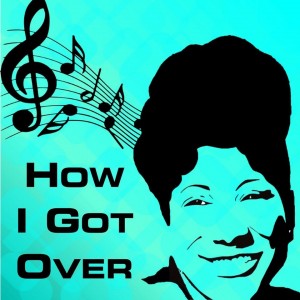 Richardson also wants Jubilee Theatre audiences to know that he and his staff are working on keeping their gospel musical comedy “How I Got Over,” fresh for its June opening.

Additionally, as means for giving their audience something to look forward to they are sending out production teasers and behind the scenes sneak peeks of the show. You can look for the teasers on their Facebook page, Instagram and Twitter.

Finally, the theatre is very excited about its upcoming 40th season and working on a big announcement. Look out for it.

Location:       A surrealistic Prison of the mind.

Placed against the backdrop of a dank prison, we watch as the WARDEN interrogates his detainees only to be driven to the point of forcing them to watch their lives play before their very eyes. In a world where only, the truth can set you free, we watch as these characters struggle to identify the real truth of their existence and strive for change.

Now aren’t you just pathetic, but then again, most people are…when you call yourselves avoiding me…rationalizing me…. rationing me in small doses – as if I were water and you on some deserted island – or in most cases just down right defying me. Pretending that I don’t exist. Exhausting yourselves in an exercise of futility… It really is quite comical . . . ridiculously comical . . . That is until someone gets hurt … then you come looking for me with your tails between your legs, hoping that I can sort things out because you’ve spent so long twisting things to your own advantage that you wouldn’t recognize me if I slapped you in the face…It really is . . . pathetic.  Today I stand before you made of flesh and blood. Not so that you may deny me as you already do but so that I can look you in the eyes in the hopes that you may see the love I have for you. Speak and be released of the weight your secrets hold. There is no path you’ve taken that I haven’t already walked.  Speak your name and let us begin –

Location:        Following the death of his estranged wife, a father come homes to mend the shattered pieces of his family only his Son stands in his path.  On a road to redemption and healing a father must be willing to go the distance.

… It was the day that I got laid-off from my job.  I had called and given her the news. She just said, “That’s okay baby, I didn’t marry you for your money.”  I was too ashamed to come home. I went out and got drunk.  I must have gotten home at about three in the morning. I was soaking wet and pissed, but when I opened the door everything just faded from my memory. The house was covered in candles and the scent of jasmine and she stood in the center of the door waiting for me with those beautiful eyes. The only thing I could do was cry and she came to me. She raised my chin and looked me in the eyes and said, “You are my man.” Can you imagine that?  There I stood drenched with liquor and rain, and she looked at me and said that.   We made love that night. It felt like it would last forever. She took every ounce of my pain, anger, frustration and shame and came back for more. She just kept saying “you are my man… My MAN.”  That night I realized that there would never be another woman to love me like your mama.  Eight months, two weeks and three days later you were born.  But it wasn’t until I held you in my hands that I realize your Mama made me a husband and a father, but you…you made me a man.