Anne Bass, the Fort Worth arts patron and philanthropist, died last week at age 78 after a long illness. She was the former wife of an oil magnate, but Katie Sherrod says Bass’ influence didn’t derive solely from money. KERA’s Jerome Weeks spoke with the former “Fort Worth Star-Telegram” columnist who covered the Bass family for years.

When she grew up in Indiana, Anne Bass – or Anne Hendricks as she was known then – took ballet lessons and later majored in Italian literature at Vassar. So once she married Fort Worth oil billionaire Sid Bass in 1965, becoming a major arts patron would seem to have been in the cards.

Katie Sherrod: Well, Anne was generous with her money, but Anne gave to things she cared about. She didn’t just give money. She gave her heart, too.

In fact, the Fort Worth Ballet faced bankruptcy in the 1980s, and she poured in hundreds of thousands of dollars. The company eventually evolved into today’s Texas Ballet Theater. But at the time didn’t she also steer the ballet company? Move it more toward the works of choreographer George Balanchine? 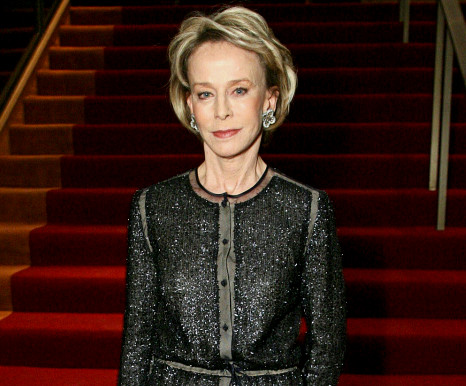 Absolutely. She was a devotee of Balanchine. She loved his works. And if you know his works at all, you can see how it would appeal to her because of the precision and the perfection of his choreography.

She was a perfectionist.  And people sometimes accused her of being cold and exacting in a way that I think was a little unfair. She was pretty introverted, and I think that made her seem distant and reserved. And people interpreted that as being not such a nice person. And I think that was an injustice to her.

So it’s safe to say dance was a major passion her whole life. She later directed a movie about a Cambodian dancer she discovered. And she became a board member of the New York City Ballet – which had been Balanchine’s own company.

She was invited to a rehearsal, and she talked about that on more than one occasion – about how the sheer physicality of it was astounding to her.  The things you don’t see from the audience – the sweat and the pain and the fact that, despite all of that, the pure beauty that came out of that gave her an insight into an art form she hadn’t had before.

But Anne Bass did have interests in other arts as well. She supported the Modern Art Museum of Fort Worth, the Fort Worth Symphony — 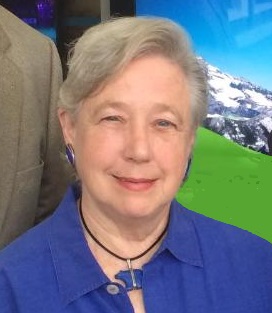 I mean if you look at her home — just her house was a work of art. Her garden was a work of art. And she had an amazing art collection. She was very generous in giving tours of her home and her garden as benefits for various organizations, for the Fort Worth Garden Club and other arts organizations here. So people were allowed to see that collection many, many times. She was very generous that way in opening her home.

But if it wasn’t just Anne Bass’ money that made her influential in cultural circles — as you argue — what was it?

I suspect it was simply because she was a very persuasive person. And I mean that she was knowledgeable, she could make a case for why she felt something needed to be done. She was very intelligent, very well read. So she would persuade people.

Anne Bass married into the Bass fortune, but when it came to Fort Worth culture, she and the Bass family seem to have shared similar values, similar attitudes.

Yes. The Basses live on ground level in Fort Worth. I mean they are invested here in more ways than just their money.

And people can get irritated because, “Oh, the Basses are doing blah-blah-blah.” But they don’t typically just swoop in and say, ‘We’ll take care of that and pay for everything.”

They want a community partnership. And they seek it because they do feel they are part of this community.