The I-30 and Sylvan road underpass is a new transformative passage for drivers and pedestrians. A mural of green, orange, blue and yellow paint fills the columns that represent the different seasons one can experience while passing by. 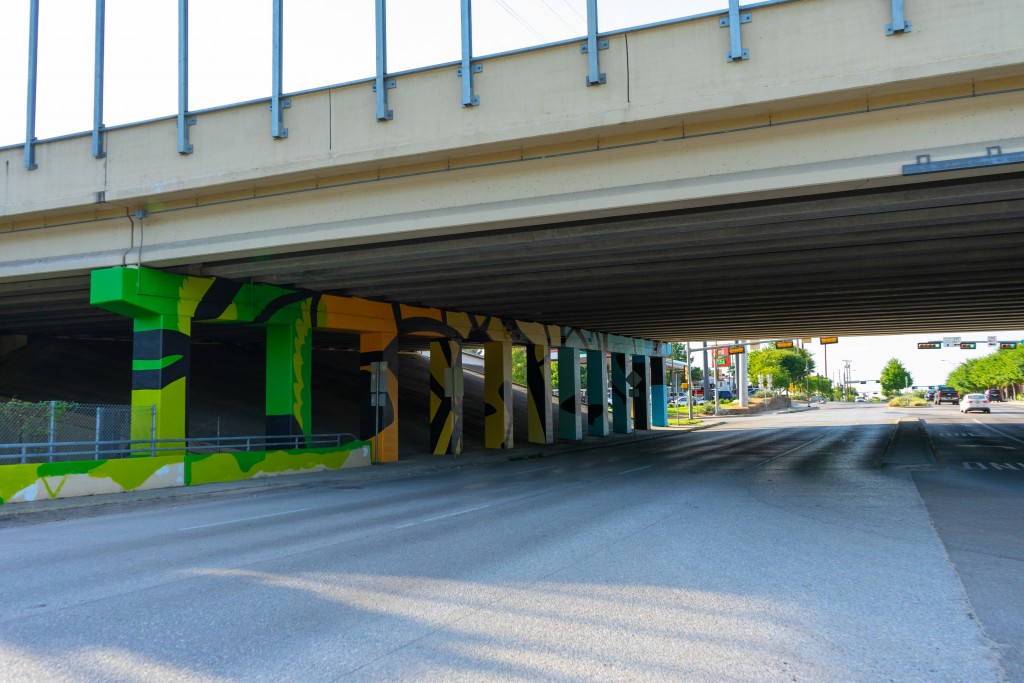 The mural, called Seasons and Rhythm or Estacciones y Ritmo, is a collaborative piece from Ash Studios’ co-founder Fred Villanueva and artist JM Rizzi. The two have come together to give the community a new mural that celebrates the culture of Oak Cliff and West Dallas. 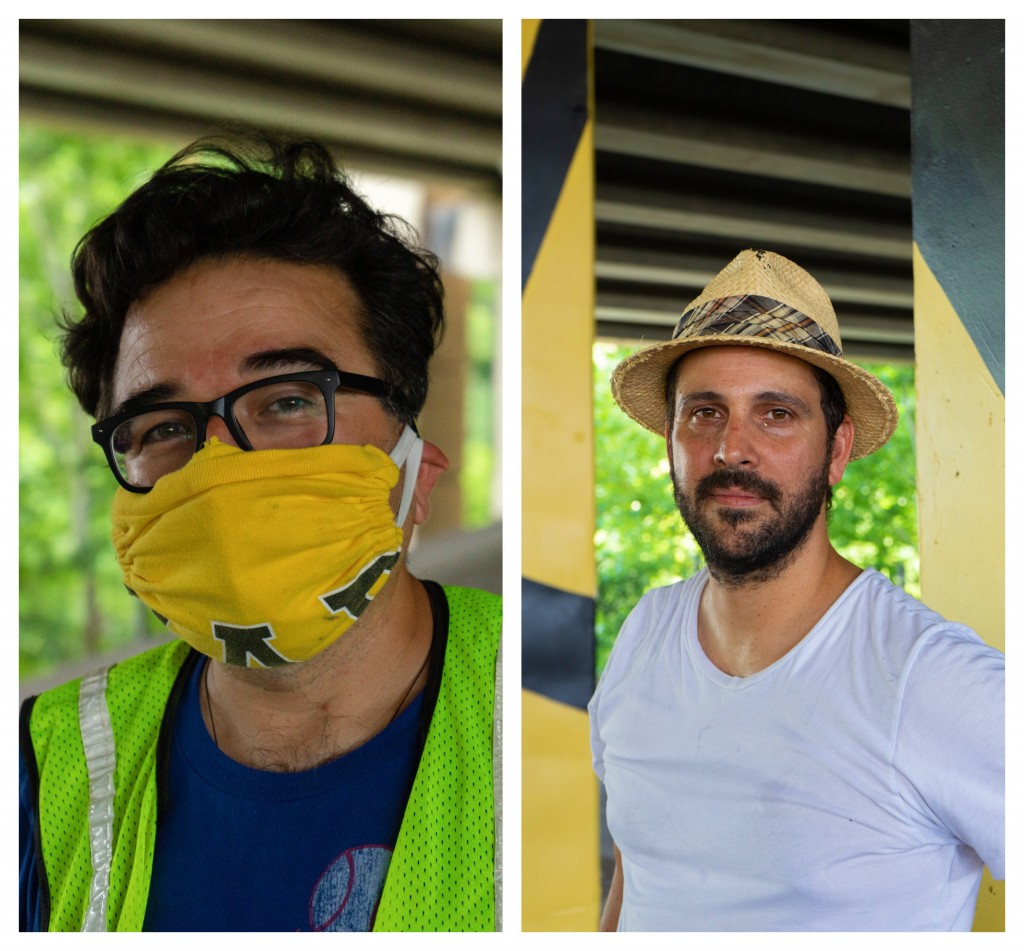 Fred Villanueva and JM Rizzi create a new mural called Seasons and Rhythm or Estacciones y Ritmo under the I-30 and Sylvan underpass. Photos: Raul Rodriguez

“We wanted to make the community better,” said Villanueva, born in Oak Cliff. “I’ve certainly always wanted to give back to where I’m from.”

In one car ride, the mural is to symbolize a corridor from the exciting rhythm of developed urban reality to the peaceful, residential and natural environment that residents pass through on their daily routine. Or rather, from city to nature and back again. 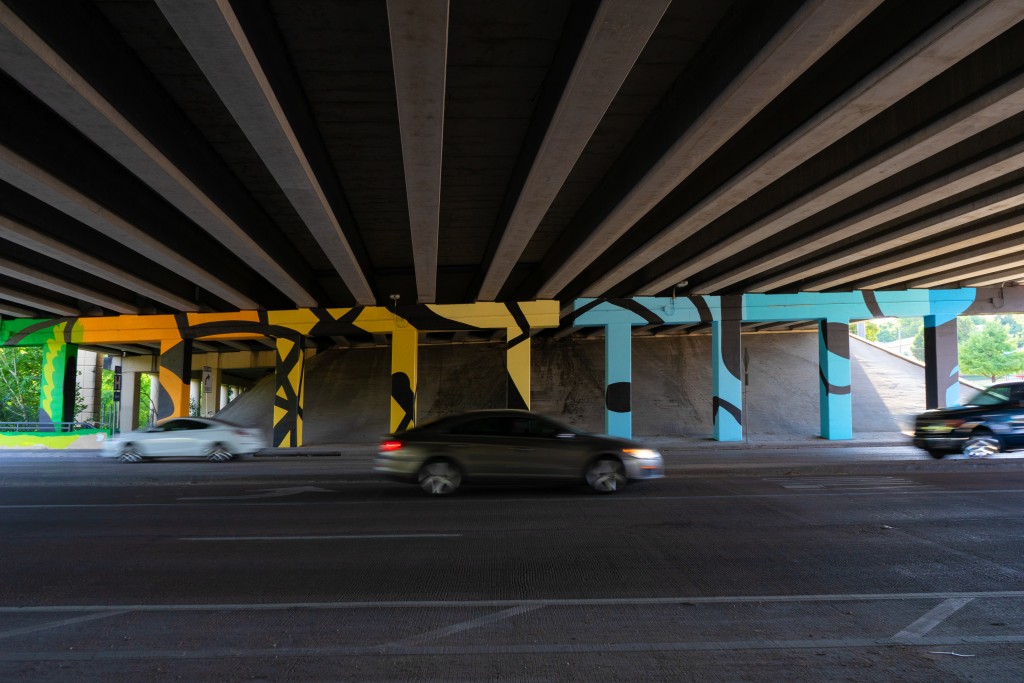 The idea of the mural came from neighborhood organizer Kate Bouchillon. Over the course of three years, Bouchillon met with neighborhood groups, organizers and received backing from the Fort Worth Avenue Development Group, who helped lay the groundwork with fundraising efforts and permits.

“It’s my belief that this combined effort highlights one of the many things that makes the West Dallas and Oak Cliff neighborhoods unique — the ability to unite as a community and deliver something positive,” Bouchillon said in a statement. 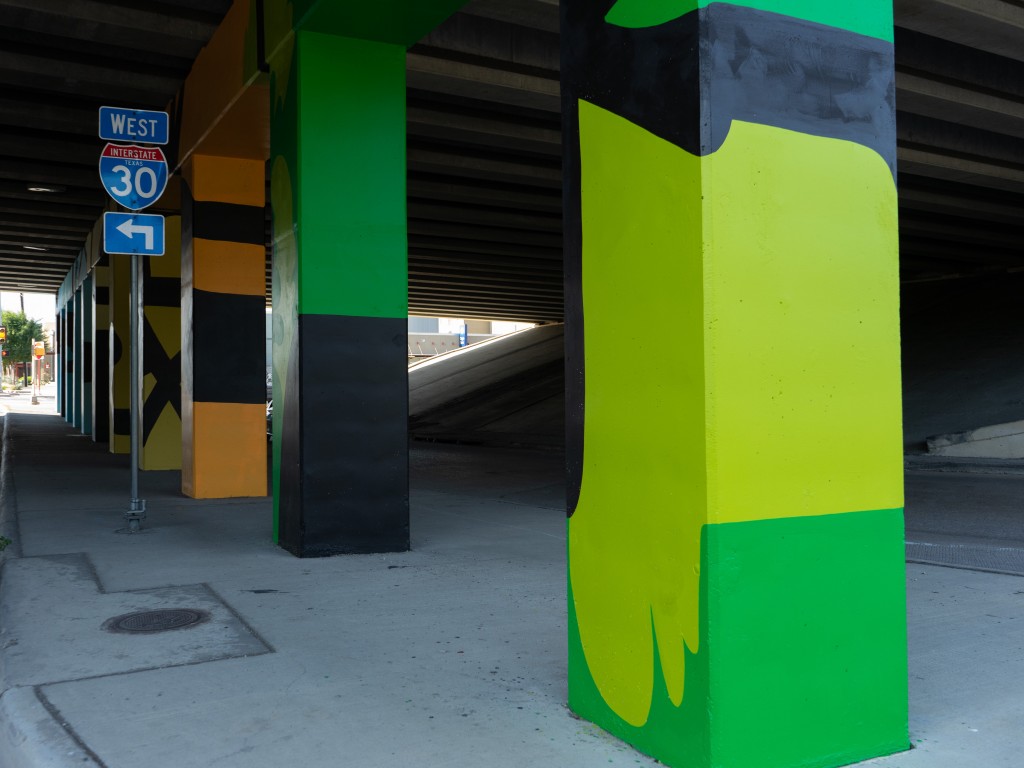 The artists at Ash Studios, a creative response to racial segregation, political disenfranchisement and economic displacement, said it will continue to bring art to unexpected places. Their new project called Texas Mural will continue to seek out new mural concepts rooted in cultural equity and community building.

Seasons and Rhythm/ Estacciones y Ritmo had its official reveal to the community on Aug. 1.