“Frame of Mind” kicks off its season Thursday on KERA TV with “Shatter the Silence.” As the title suggests, the film portrays women breaking past barriers and shouting to the world for the rights they deserve.

The filmmaker, Cheryl Allison, opens the floor to women –  and men – of all backgrounds, as they call for action now and in the future. The film reminds viewers that the women’s movement is not just about women’s issues, but human issues that we should all try to solve.

“Shatter the Silence” includes interviews from politicians, clergy, and students, the majority women, about discrimination they have experienced because of their gender.

“Shatter the Silence” airs at 10 p.m. Thursday on KERA TV. And here’s this year’s “Frame of Mind” lineup.

In 2017, Allison wanted to keep the MeToo conversation going. She feared the media would move on to the next hot topic. So she interviewed people working on the front lines of women’s issue, including former Texas senator Wendy Davis and Texas representative Victoria Neave. She also blends historic events in the United States and offers the stage to all demographics in her film to gain an insight on solutions being proposed across the board and how easy it is to become susceptible to injustices in any setting. She asks people of all ages, cultures and races about their take, and their projects, to address injustices at work, in school and at church.

She focused her attention in Dallas, her hometown. She was curious what people were doing there to protect women’s rights. She met Texas Representative Victoria Neave, who invited her to sit in on meetings of the city’s first task force on sexual violence. That’s where Allison met former Texas Senator Wendy Davis. In the film, Neave and Davis explain how they are pushing legislation and creating programs to help empower women.  Neave said she “wanted to make sure that the very first bill that [she] filed was meaningful for women across Texas” – especially when it came to untested rape kits. 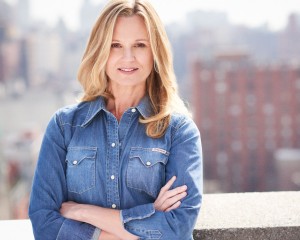 Other stories in the film are more personal. When “Shatter the Silence” was first released in April, Allison talked to Courtney Collins on KERA’s talk show, Think. Allison said some of the women she spoke with overcame shame and fear to speak, in some cases for the first time. One woman told Allison “she felt like the shackles had been removed…a freedom she hadn’t [felt] in 30 years.”

Reverend Yvette R. Blair-Lavallais is also featured. The former Associate Pastor at First United Methodist Church Lewisville explains that she “had to endure violation [and] brace myself…knowing that this is what I was walking into, was a person who had a history of predatory behavior.”

And we also meet students from North Mesquite High School, led by teacher Shannon Howard, who are passionate about teens learning sexual awareness and how to avoid  sexual harassment. They are creating a curriculum to help younger students.

“It would have been comfortable to remain silent.”  That quote from almost 30 years ago flashes on screen midway through the film. The words are from Anita Hill, describing her decision to accuse Clarence Thomas of sexual harassment at his Supreme Court confirmation hearing.

“Shatter the Silence” shows that that women in North Texas – and across the country – are still making similar choices to shed their fear and speak out and work for equality. And this fight that’s gone on for so long is still not over.