Editor’s note: Reconnecting after a traumatic year of separation and loss is a work-in-progress. KERA and The Dallas Morning News are collaborating to document how North Texas’ arts and culture scene is emerging from the pandemic. The News’ Michael Granberry explores how a federal grant helped save many venues from permanent closure.

For more than 10,000 businesses that showcase the arts and entertainment across America, a single pandemic relief aid has been nothing less than a life-saver.

The Shuttered Venue Operators Grant, which passed Congress in late 2020, began as bipartisan legislation spearheaded by a Dallas theater owner. Once the funds finally pushed through, SVOG extended $16 billion in federal grant money to arts companies, many of which were on the brink of extinction.

Though they had to slice past mountains of red tape, and more than a few hiccups, by the time recipients from Bangor to Barstow saw the money invade their bank accounts, relief became a long-awaited reality.

In Texas, more than 550 arts companies received just over $564 million in SVOG money, which they say allowed them to stay alive, to repair companies and dreams shattered by the year that was 2020.

SVOG became essential in replacing what COVID canceled in 2020 — earned income — of which there was none. Those who applied were given money based on a formula, which is actually quite simple: 45% of gross revenue from 2019.

For that reason alone, Dallas Summer Musicals received $9.2 million in SVOG money, a figure based largely on the stunning success of the Broadway sensation Hamilton, which debuted in the Music Hall at Fair Park in the halcyon era of April 2019.

Center Operating Co., which runs the American Airlines Center in Victory Park, received $10 million — the maximum allowed under SVOG for individual grants. During 2020, the AAC lost multiple sold-out dates, including a sold-out show by the Eagles, among others.

Dallas Summer Musicals is a non-profit company. Center Operating Co. is a for-profit company. SVOG covers both. What each has in common is that they operate venues, which, during the lost year of 2020, were “shuttered” — as in no earned income.

SVOG figures are public record, released by the Small Business Administration, which administers the grants. And they are grants — not loans, to be used for specific expenses defined by the federal government, including rent and utility bills and paying independent contractors. Guidelines can be found at sba.gov.

The government has promised audits for how the money is used and if it’s not spent or not spent correctly, operators may be required to return any unused or misused funds. A nationwide list of SVOG recipients can be found at data.sba.gov/dataset/svog. 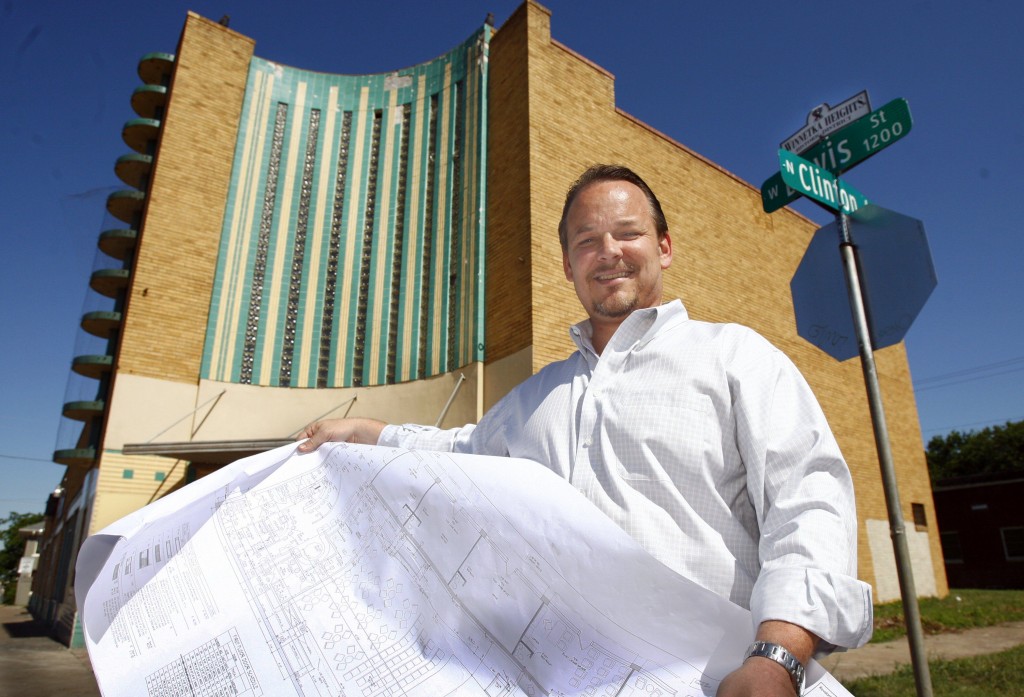 Edwin Cabaniss stands in front of the old Kessler Theater in Oak Cliff in 2009 with blueprints of the venue. Cabaniss was a driving force in helping arts organizations secure SVOG funding. (Photo by John F. Rhodes | The Dallas Morning News)

Edwin Cabaniss, owner of the for-profit Kessler Theater in Oak Cliff, emerged as a local, regional, and national force in spearheading bipartisan legislation co-sponsored by Sen. John Cornyn (R-Texas) and Sen. Amy Klobuchar (D-Minnesota). The bill began as the Save Our Stages Act but went through various perambulations before emerging as SVOG.

Chris Heinbaugh, vice president of external affairs at the AT&T Performing Arts Center, singled out Cabaniss for his leadership in the delicate days leading up to the bill being signed.

“Edwin has been all over this,” Heinbaugh said. “He has been engaged on the congressional level. He’s been very communicative with the nonprofits.”

Cabaniss, Heinbaugh said, “managed to keep his finger on the pulse of all these different organizations and keep track of where the bill has been going and where it was getting stuck.”

Cabaniss and Kenneth T. Novice, the president of Dallas Summer Musicals, have each saluted Sen. Chuck Schumer, D-N.Y., for adding muscle to the bill, in particular by making sure live theater got included in the final language.

Even so, a scary setback unfolded in late 2020, when then-President Donald J. Trump vetoed the $2.3 trillion package that sought to fund the federal government while providing nearly $900 billion in coronavirus aid, of which SVOG was a part. At the time, Trump threatened a government shutdown but eventually relented and signed the bill before the end of 2020.

Its final acronym notwithstanding, SVOG offered a lifeline, Cabaniss says, to the more than 10,000 companies across the country that found themselves on life support.

“Candidly, our whole, independent, live-performance economy was,” he says, “on the verge of collapse.”

Had such companies not received the SVOG money, Cabaniss says, “I would say that well over half of those 10,000 would have gone out of business.”

In the case of the Kessler, a 600-seat live music venue that was once a neighborhood movie theater, “The grant we received was enough to really help us, not only to dig ourselves out of the hole the pandemic created but also plan for the future.”

Without the grant, “it would have impaired us for years to come,” Cabaniss says. 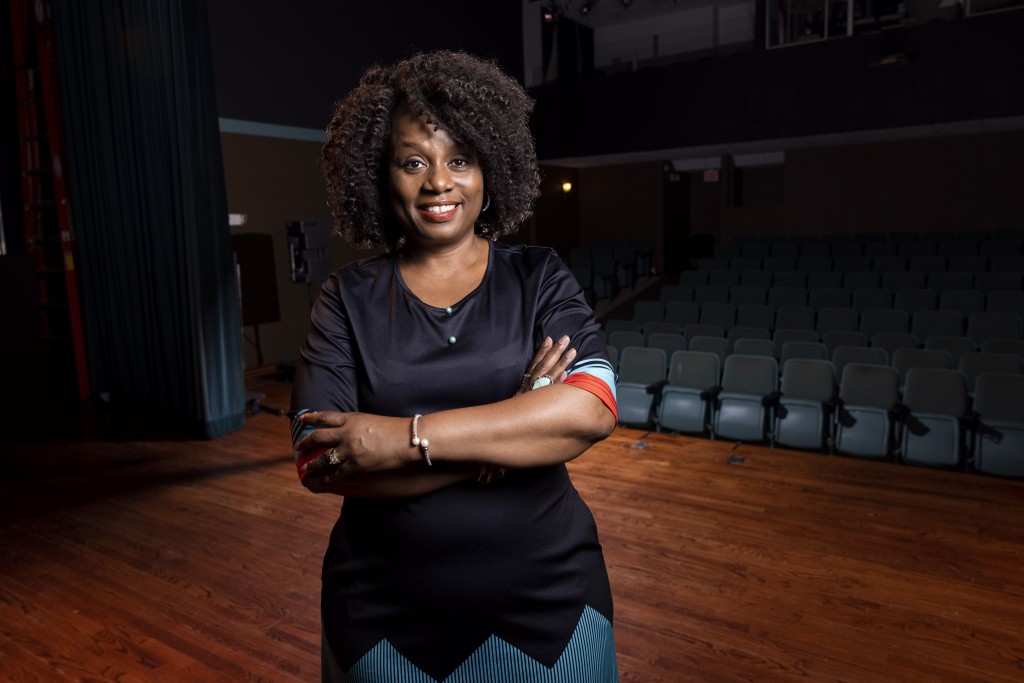 One of those venues, also in Oak Cliff, is the Bishop Arts Theatre Center, which has five full-time staff members.

The center’s director and founder, Teresa Coleman Wash, says the funding has been roughly akin to manna from heaven.

“The SVOG grant allowed us to pay off our construction debt,” said Wash, whose non-profit company received $366,187, giving her a giant step forward in retiring the debt on the property — which she puts at $530,000.

SVOG, paired with a matching grant of $150,000 from the Dallas Office of Arts and Culture and $100,000 from the George & Fay Young Foundation, will, she says, liquidate the debt.

Wash describes her company as an award-winning, multicultural, multidisciplinary arts institution. Before COVID shut down operations in 2020, Bishop Arts Theatre Center offered a full season of theater and jazz, a speaker series, and a year-round education program. She estimates the company as having “an impact” on 30,000 people a year, in a community that she says deeply needs such an impact.

Wash describes the neighborhood surrounding her Oak Cliff address as being largely Hispanic, with many residents also belonging to the LGBTQ community. Wash recently hired Franky Gonzalez as her playwright-in-residence. Gonzalez’s work has appeared with the Sundance Institute and the Latinx Playwrights Circle, and he was a staff writer for the fourth season of Netflix’s 13 Reasons Why.

Wash continues to feel wary of COVID, whose tentacles have inflicted pain, fear, and a lingering uncertainty.

Before COVID triggered a lockdown in March 2020, Wash says the company, founded in 1993, once had earned revenue that covered about 80% of the company’s total income.

“That’s unheard of for most theaters,” she says. “We were not dependent on the philanthropic community. We were able to sell tickets to our jazz concerts and theater series, and that gave us a freedom — an autonomy — to put whatever we wanted on stage.”

That includes showcasing the play, The Face of Emmett Till, in 2016. The play by Emmett’s mother, Mamie Till-Mobley, and David Barr III, had not been staged anywhere in the American South except Atlanta, until Wash unveiled it in Oak Cliff.

“It was really scary when COVID hit,” Wash says.

Suddenly, she says, “We had to be dependent on the philanthropic community just to survive.”

Which was made even scarier by the fact that “women who lead non-profit organizations receive 0.6% of philanthropic dollars. That is nationwide,” she says.

Wash says she applied for funding for 13 consecutive years from The Arts Community Alliance, known in Dallas as TACA. She was, she says, rejected every year until Terry D. Loftis became director of TACA in 2019 and, suddenly, found money in its budget for Bishop Arts Theatre Center.

So, why did TACA deny her all those years? In its defense, Wash says, TACA believed she was carrying too much debt — which SVOG money is helping her erase.

“I think the philanthropic community is listening in ways they haven’t before,” Wash says, noting that because of COVID, philanthropy figures to play a much bigger role than it ever did in the past. 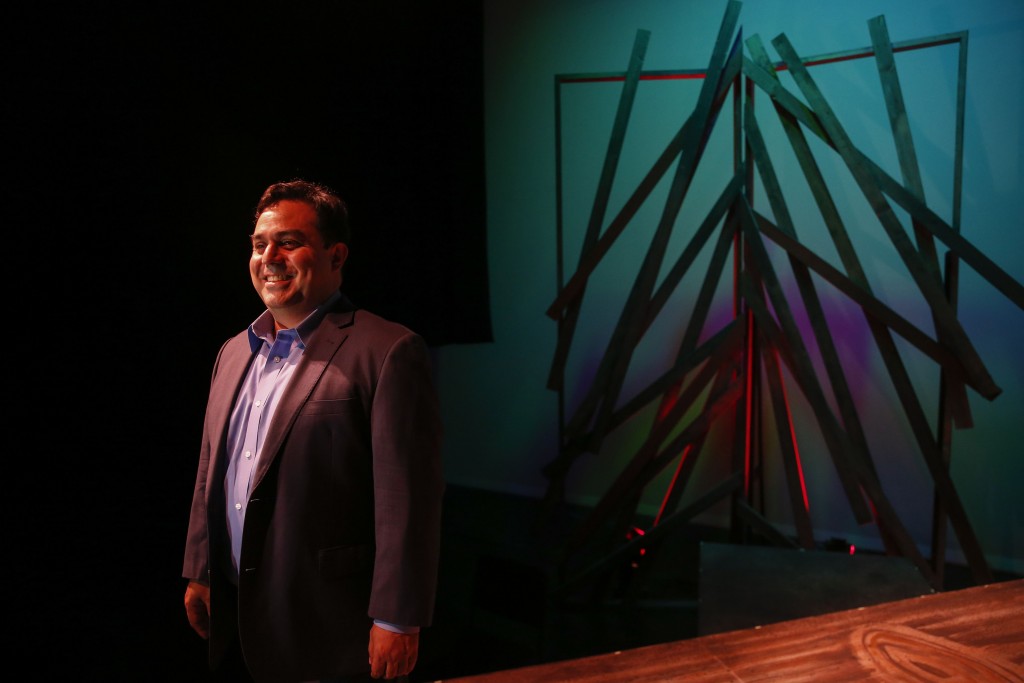 David Lozano, the executive artistic director of Cara Mía Theatre, says the $34,798 his non-profit company received in SVOG money “allowed us to stabilize our salaries for the next few months and to keep planning for the future.” (Photo by Ryan Michalesko | The Dallas Morning News)

Cara Mía Theatre Co., one of Dallas’ leading Hispanic arts companies, is now accustomed to the kind of rebranding and rebuilding that COVID has brought about — the hard way. And that’s precisely where money from SVOG has become a primary element in the 2021 toolbox.

David Lozano, the executive artistic director of Cara Mía, says the $34,798 his non-profit company received in SVOG money “allowed us to stabilize our salaries for the next few months and to keep planning for the future.”

The pandemic continues to be what Lozano calls a challenging force, so the grant “allows us to keep looking for innovative ways to program and generate revenue. So, I look at it as a capital investment.”

Indeed, the worst part of the ongoing pandemic has been, in Lozano’s words, “not being able to perform in schools. And to perform in communities around the cities of Dallas, because that’s really where Cara Mía Theatre has its biggest impact and where we, quite frankly, generate the biggest revenue for contracted services and for grants.” 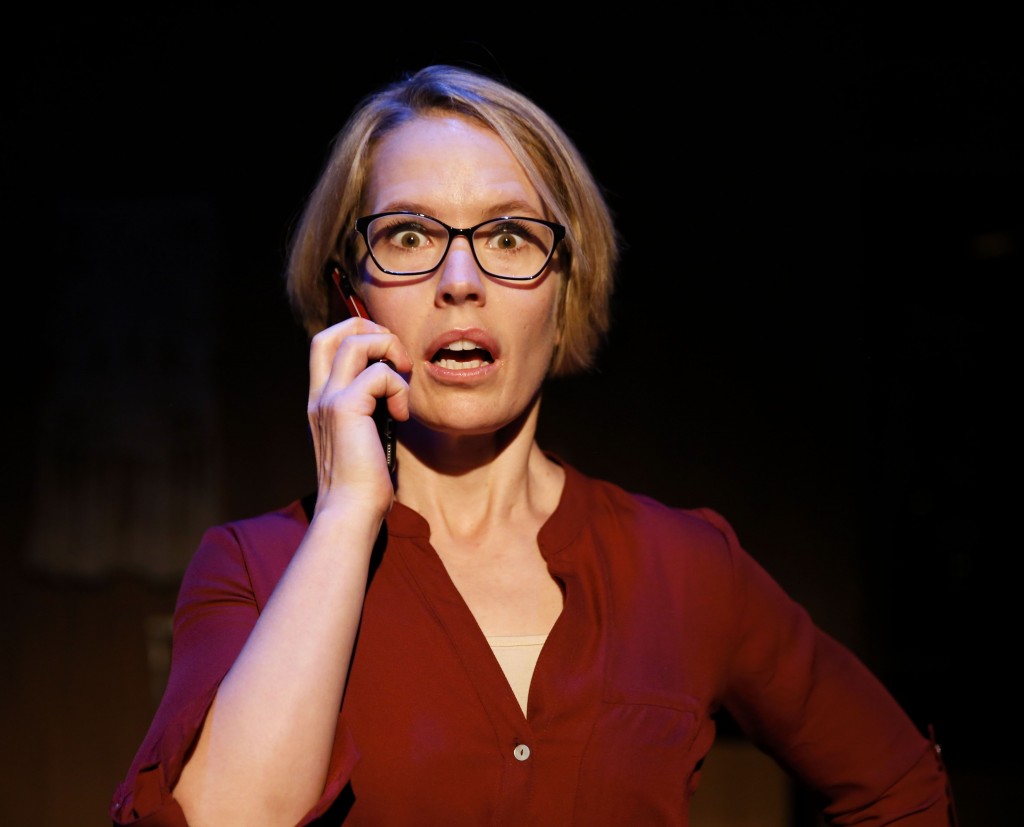 Dana Schultes, executive producer of Stage West Theatre in Fort Worth, Texas, says the SVOG money has given the non-profit theater “a cushion.” (Photo by Brian Elledge | The Dallas Morning News)

Dana Schultes, executive producer of Stage West Theatre in Fort Worth, says her company received $155,168 in SVOG money. The timing could not have been better.

In November 2019, four months before the lockdown, Stage West announced a $2.7 million renovation of its 1930s-era building, which began as a Cowtown bus garage. Since 2018, Schultes and her colleagues had worked ferociously to raise funds for the makeover.

To her, it feels like the pandemic “is going to be referred to as the pandemic era,” she says with a wry laugh. “SVOG came at an amazing time.”

The grant has given the non-profit theater what Schultes calls “a cushion.” Delays imposed by COVID have, in her words, allowed Stage West to “lean into” the shuttered months by creating a state-of-the-art facility and add critical upgrades to make the building safe for what she calls the pandemic era.

Without the SVOG grant and Payroll Protection Program loans, Schultes says, “We would all be in a real pickle.”

And yet, help had to come from other places as well. In that regard, she commends the step-up-to-the-plate attitude of “foundations and patronage, which have been extremely supportive” in keeping the arts alive.

All of that combined has helped make the difference between surviving … or not.

Around North Texas, here’s what some other larger venues received in SVOG money.

And then there is this.

Despite there being a cap of $10 million for individual recipients, Dallas-based LOOK Cinemas applied as three separate entities — LOOK Cinemas I, II and IV. All with the same corporate address in Dallas.

According to the SBA, this is possible “if a motion picture theatre operator owns and/or operates multiple theatres that each meet the SVOG eligibility criteria.”

Michael Granberry is a features writer for the Dallas Morning News.

A version of this story produced by Elizabeth Kauma will air on KERA-FM (90.1) on Monday. This story also appears on dallasnews.com.