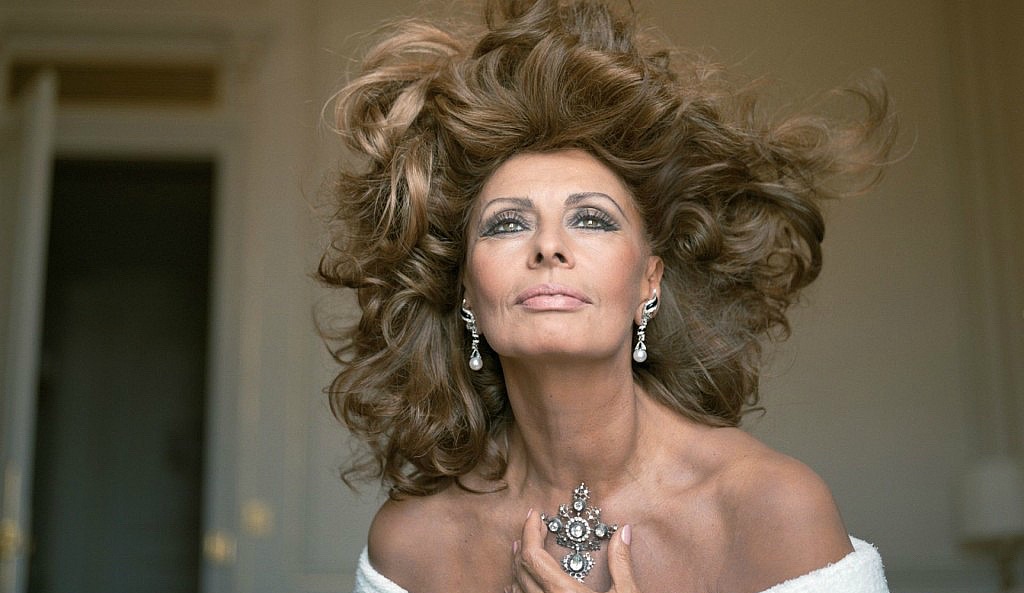 On a rainy day last week in Dallas, I impatiently waited for a phone call from Sophia Loren’s assistant. I was to have ten minutes with the famed Italian actress who will be coming to town on Sunday, March 20, at the Winspear Opera House for an event simply titled, ‘An Evening with Sophia Loren.

The graceful, unstated quality of her appearance in Dallas suits the Academy Award winner. An icon of fairy-tale magnitude, Loren is the definition of beauty and style. She needs no introduction, and to have just ten minutes with her is an honor given to me I don’t fully understand.

The AT&T Performing Arts Center presents ‘An Evening with Sophia Loren’ on Sunday, March 20 at 7:30 p.m. at the Winspear Opera House.

As the time for our interview inched closer, I could feel my heart rate racing, my palms beginning to sweat; I reorganized the order of my questions about a thousand times. “Don’t blow this,” I said to myself, “You only get one shot at this.”

Then the phone rang. I was quickly reminded to keep track of the time — and was transferred directly to Ms. Loren.

“Hello, darling. This is Sophia. It’s a pleasure to speak with you.”

That instantly recognizable, velvet voice came over the line and I was frozen. Did she just call me “darling”? Did she just say it was a “pleasure to speak with” me? Oh, Ms. Loren, the pleasure is all mine. But the clock was ticking, so I pulled myself together and launched into our conversation. She answered my questions in a slow, thoughtful pace, and her dignity and poise were palatable even through the phone.

Born in 1934, and growing up in extreme poverty in Naples, Loren shouldn’t have been a star. Everything was stacked against her. She was a “toothpick,” her “face was too short, her mouth too big, and her nose [was] too long,” but something deep inside her never let her give up.

“I come from an age of the last [World] War. There were problems, yes. Things were a challenge, yes — what I saw at  three-, four-, five-years old. But this was a dream I had. I feel very strong about that. I was a good soldier.” 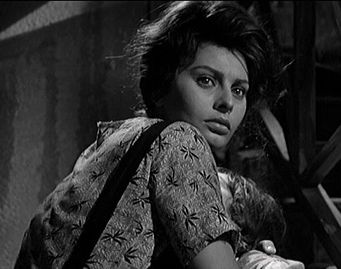 In 1949, at the age of 14, she entered a beauty pageant – her first step into the spotlight. In 1953, she starred in ‘Aida,’ for which she received critical acclaim. Next came ‘Two Nights with Cleopatra’ (1953) and her breakthrough role in ‘The Gold of Naples’ (1954) directed by Vittorio De Sica.

“It was my great fortune to make this film [‘The Gold of Naples’], you know, because I didn’t know anything. I didn’t go to acting school; I just had this dream my whole life. But I loved it. It was like being at home — also because it was in my hometown. But what was this acting? I was so young. It was so difficult. But I got more and more comfortable the more I worked. I was a very good student to go on and on and on. Films were my professor.”

De Sica and her constant co-star Marcello Mastroianni became her teachers; the camera her mentor; the film set her school. By 1960, she had won an Oscar for ‘Two Women’ — the first Oscar given for a foreign-language performance. Loren became one of cinema’s great beauties alongside Marilyn Monroe, Elizabeth Taylor and Ava Gardner. She is the epitome of Old Hollywood, and while we have her memoir, ‘Yesterday, Today and Tomorrow: My Life as a Fairy Tale’ (2014), to give us insight into her long international career, nothing compares to actually hearing her speak. “If I am an example of having done in my life what is right to do, I think that sometimes hearing phrases and stories gives you the will to imitate, to follow. The world is so full of bad things all the time happening, it is very nice to hear [about a person who followed] a clean street that was in front of them.”

It all started in Naples, but Loren’s story is one many of us can relate to, and one that many of us will pull inspiration from. We all have dreams of being more than what our life may dictate for us to be.

“It’s like a fairy tale — at least my story has been. And by chance I get to tell it. Telling my story,  get a chance to move people, to even move myself. I think it’s very nice for the people who come and who know me and my life to identify with me and how I’ve lived my life and gotten here. Sure, yes, things were difficult and I faced many challenges, but it’s all about the strength you get when you follow your dreams. If you have a good soul, then all of sudden the world opens up.”

And with that, our time was up. She politely thanked me for the interview, sending me off with her famous farewell, “Ciao, ciao, ciao,” and leaving me staring at my phone in amazement — as the line went silent.