It’ll be old and new, spring and fire, at the  Winspear Opera House on Wednesday. That’s when  SMU’s Meadows School of the Arts will stage its 23rd annual benefit concert, “The 2016 Meadows at the Winspear,” featuring two premieres of dance works that are both historic landmarks of modernist music and dance — “Appalachian Spring” and “The Firebird” — but in these performances, they’ll also be brand-new.

Opening the evening, the Meadows Dance Ensemble will perform the balletic masterpiece Martha Graham created for composer Aaron Copland’s “Appalachian Spring.” When it premiered in 1944, Graham danced the lead role of The Bride to music originally created by Copland for a 13-piece chamber group. That was necessary to accommodate the acoustic limitations and size of the orchestra pit of the Coolidge Auditorium at the Library of Congress where the work was performed. In the following years, Copeland created multiple versions of what would become his most celebrated piece – it won him the Pulitzer Prize for music in 1945. That same year, he created an orchestral suite that was a condensed version of the original ballet score, with one large section of music and a few smaller ones omitted. 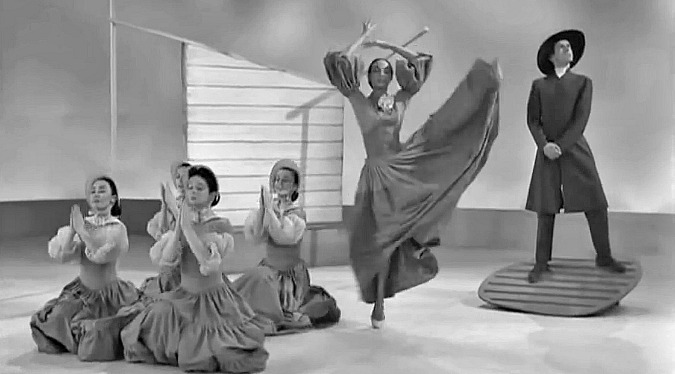 1959 film of ‘Appalachian Spring’ with the 65-year-old Martha Graham as The Bride.

Until now, a fully orchestrated score to match Graham’s original choreography has not existed, but the Copland Fund wants to rectify that. They commissioned composer and conductor David Newman to orchestrate the missing sections of music, in collaboration with Philip Rothman, the program advisor to the Aaron Copland Fund for Music, and Aaron Sherber, music director of the Martha Graham Dance Company, to painstakingly create this new score. The result: a piece that is faithful to Copland’s original intent.

The Meadows Symphony Orchestra, led by conductor Paul Phillips, will be the first orchestra to perform the new material and will also act as “test drivers” for the score, helping to inform any corrections required before the music is published. You can be a part of this historical event by becoming one of the audience members who can say they were there when Graham’s iconic choreography was finally accompanied by music played by a full symphony.

If one history-making experience is not enough, the second half of the evening might seal the deal. Guest artists Claudia Lavista and Victor Manuel Ruiz, noted artistic directors of Delfos Danza Contemporanea in Mazatlán, Mexico, spent the spring semester at SMU crafting their interpretation of Igor Stravinsky’s 1910 breakthrough work, “The Firebird.” This version replaces the magical and mercurial glowing bird of Russian folklore with a more contemporary idea inspired by immigration. At one point, dancers move under an undulating piece of fabric — the “ocean” — covered in dozens of ordinary household goods – a toaster, a lamp, a doll – illustrating and personifying an issue ripe in our political climate: the displacement of people and things.

“When SMU commissioned us to make this new work, we knew we would be embracing a huge challenge,” say Lavista. It was a challenge because,  prior to working on their “Firebird,” Lavista and Ruiz followed a process of interpreting classic material, such as Stravinsky’s “The Rite of Spring,” that was more based in literal descriptions and adaptations. But this time, they wanted to step away from the norm. They began with two starting points: migration and the paintings of Hieronymus Bosch. 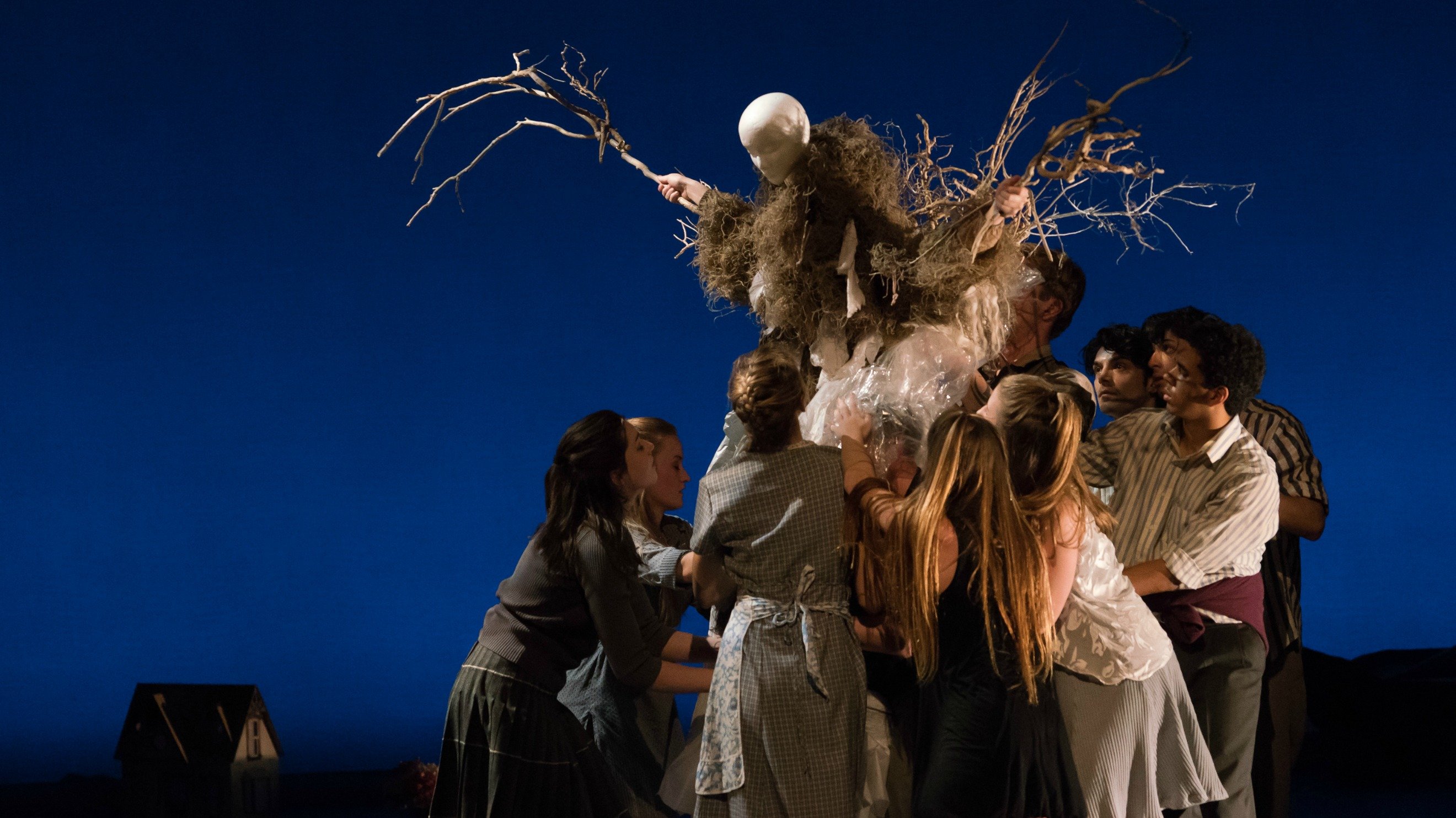 “Every human being is an immigrant,” Lavista says, “and is a migrant himself his whole life, leaving behind ideas, spaces, concepts — remembering his previous life just to find new habits, new ways of thinking. And from this [he] embraces a process of constant adaptation. We migrate because we have hope, a survival instinct. While during migration something in us dies, it allows for the birth of something else, allowing us to embrace the magnificence of the world.”

For Lavista and Ruiz, this work is dedicated to those constant travelers, the men and women worldwide who pick up and move their lives and start over from scratch — because they have no other choice but to survive. But it is also for all of us who experience small moments of internal migration, in the hopes that we can one day see the world in all of its amplitude and diversity.

“The Firebird” project exemplifies the work of Delfos Danza Contemporanea. It’s a collective of artists and educators dedicated to new ideas, new approaches and new forms. Founded in 1992 by Lavista and Ruiz, the group is today considered Mexico’s premier contemporary dance company and one of the top artistic companies in Latin America. Lavista, the recipient of numerous national and international awards, has performed worldwide and has created more than forty-five works for companies throughout North America. In addition to serving as co-artistic director of Delfos, she is co-director and a teacher of the Mazatlán Professional School of Contemporary Dance and director of the Creators Special Program at the Arts Center in Oaxaca, specializing in the development of young choreographers. Ruiz is a dancer, choreographer, teacher and lighting designer whose thirty-year career has included numerous awards in each category. He has performed extensively, taught master classes internationally, created more than fifty works for dance companies, had his choreography presented at dance festivals and venues in multiple countries, and earned international praise for the clarity and poetry of his choreographic works and lighting design.

Coming to SMU was a treat for the pair – an exciting learning and teaching opportunity, and a chance to collaborate with a new group of artists from Patty Harrington Delaney, who commissioned the work, and Christopher Dolder, who served as rehearsal director, to Eugenia Stallings, who designed the costumes, and Russel Parkman who designed the set. 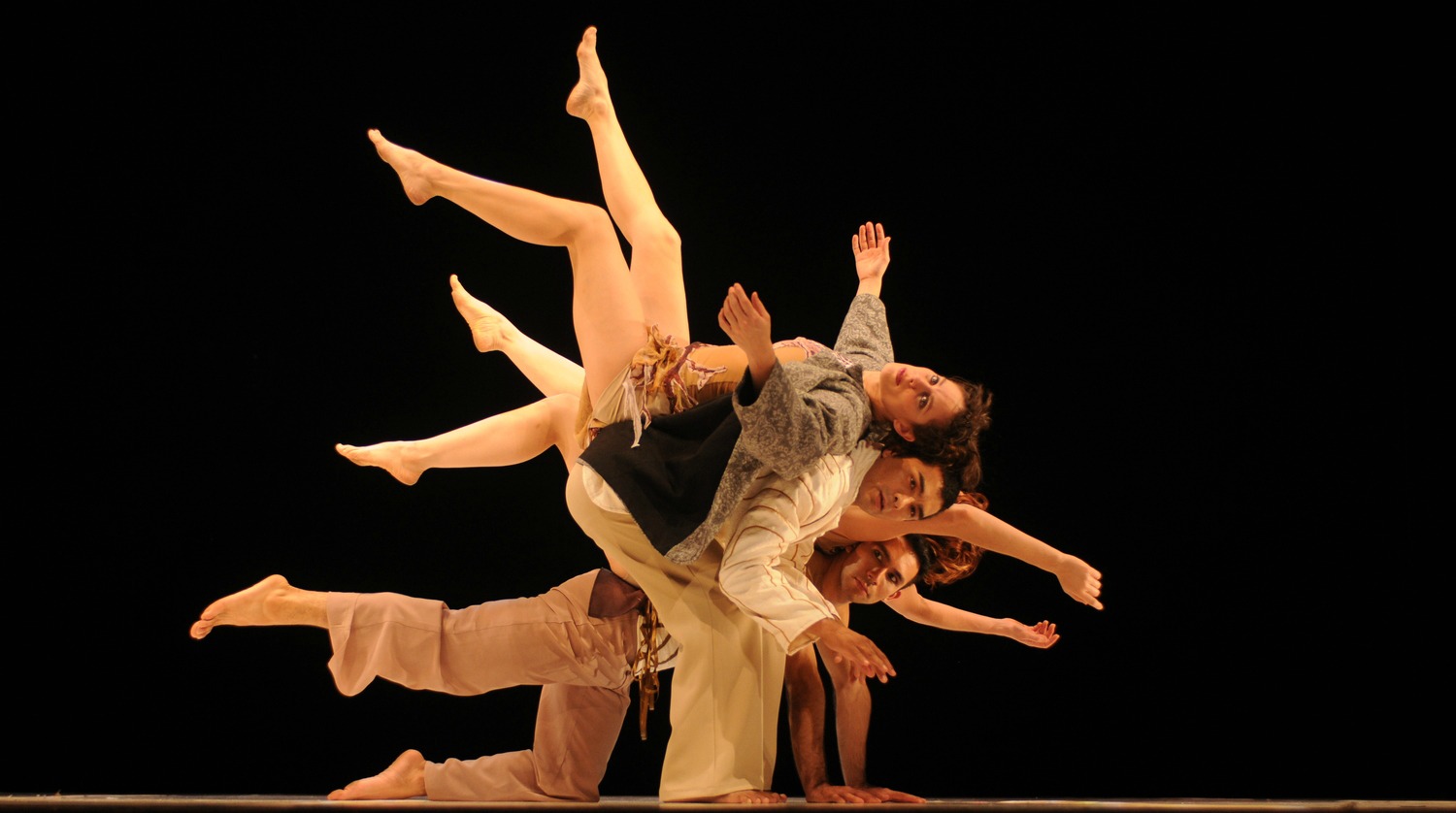 In fact, the choreographers gave the dancers a lot of ownership during the process. Together, they set up a Facebook page, and both they and the students contributed hundreds of photos, of current events and works by other artists, which provided an emotional through-line into the work. Everything from photos of migrants trying to cross the border into Turkey to photos of sections of the Pacific Ocean full of garbage were referenced.

“The students were not just good interpreters or good dancers who can repeat a movement, they were co-creators,” Lavista says. “We truly believe that collaboration is the best thing you can do because you will embrace new ideas and you will have a dialogue. The piece is going to be richer because of that dialogue.”

That dialogue hatched into this new “Firebird.” A dance piece that could not be more relevant for a generation who is plugged into technology and the larger world but often unaware of the plight of their global neighbors. “We want to propose a map of actions, images and choreographic situations,” says Lavista. “We want to invite the audience to get surprised by their own understanding of the work, and to be able to imagine the lives of these people.”