A painting exhibition valued at one billion dollars. That’s a far cry from when Michael Auping started working in art museums 40 years ago – back when, as he says, the only people who cared about contemporary art smoked dope and hung out in the college ceramics studio because it was open late. Auping, the chief curator for the Fort Worth Modern Art Museum, retired recently, although he says he’ll be writing two books on art due out this December. In his 24 years at the Modern, Auping curated some of that institution’s landmark shows, including retrospectives on Frank Stella, Philip Guston and Ed Ruscha as well as the first Texas exhibition, ever, of British painter Lucian Freud. Along with Tadao Ando’s visionary building (Auping served on the selection and building team), the LA-born curator helped make the contemporary art world truly aware of the Fort Worth museum.

For this week’s State of the Arts, Auping sat down with Art&Seek’s Jerome Weeks to talk about the big new pressures he sees transforming that world.

Michael Auping with Vernon Fisher in his Fort Worth studio.

You’ve been a curator for 40 years now. And over that time, the nature of art museums in America has changed substantially. What changes have you seen?

Bottom line is, today, even in the museum world, it’s partially market-driven. Which doesn’t have to be bad because sometimes the market is right about what’s good and what is bad. But the galleries that sell art now have budgets bigger than a lot of contemporary art museums.’

So museums are having to compete with a high-rolling art market. But isn’t it also true that today’s artists are much more involved online, they’re savvier about popular culture, they’re gaining wider exposure for their art – and for museums – as part of the entertainment industry?

MANow that’s something we all wanted to happen. But it’s a classic case of be careful what you wish for – because when you’re part of the entertainment industry, it means you’re on ‘go’ constantly. You’ve got to be always upping the ante, just like the movie theaters.

The money involved is incredible. The Lucian Freud show that I did – the insurance value on that show was $1 billion. 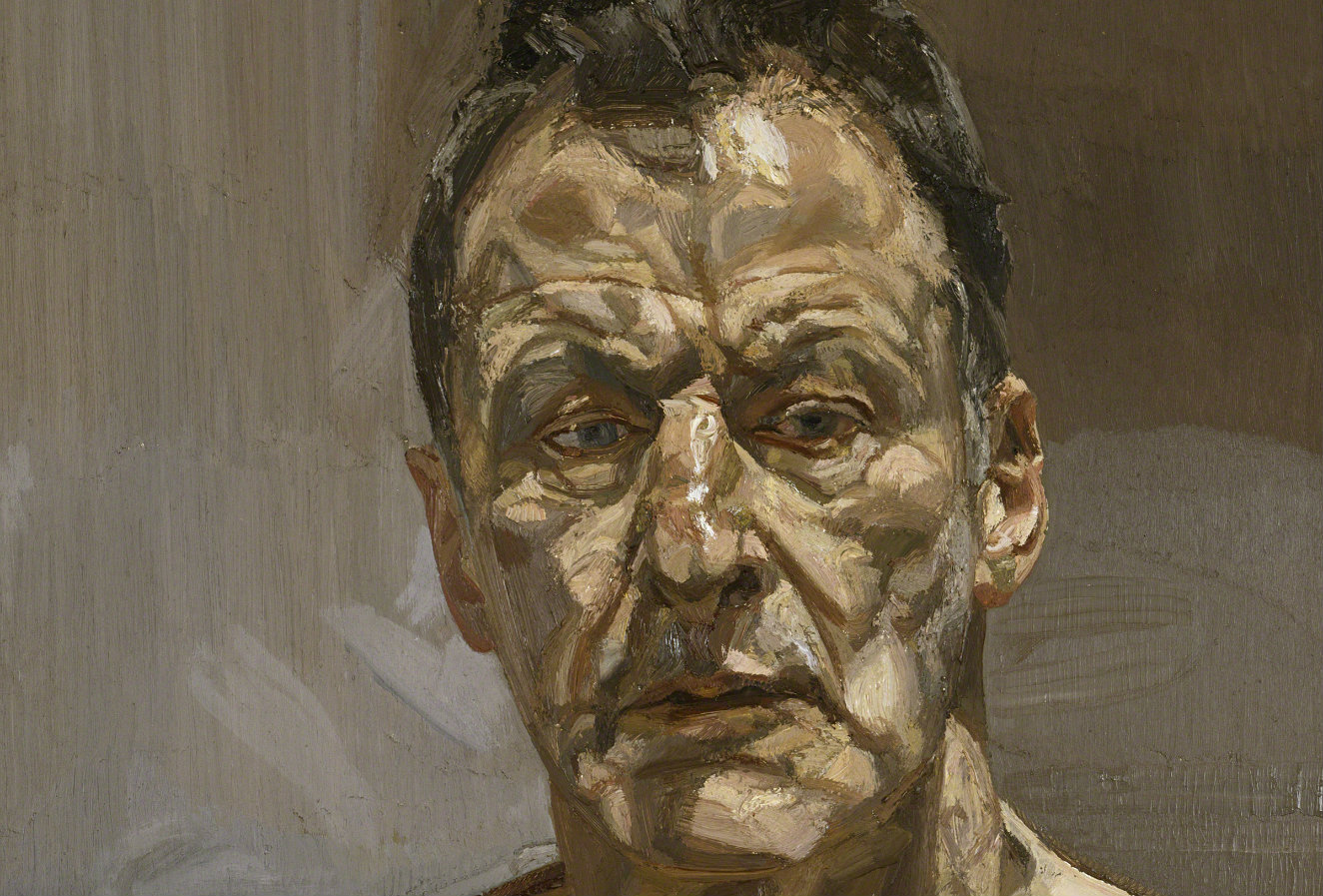 MATo insure a $1 billion exhibition for three months in the state of Texas costs about $1.4 million for three months. And that’s not including the transportation of these works, the couriers that have to be hired to carry them. So we’re looking at a show that’ll cost $3 million.

To put up a show that cost $3 million, you need to get some people through those doors. And so there are pressures on curators and on directors and boards of trustees to bring people into the museum. It makes an old man like me just feel tired. You know, at some point, you just can’t be on that treadmill. You know, we keep wondering when the art market will top out, and it hasn’t done it.’

Dave Hickey, the great art critic from Fort Worth, has said that he no longer will write about the art market. He’s tired of it; it has little to do with what’s truly important in art. But you’re saying these days, it’s pretty much inextricable.

MAIt is. They’re all connected, and you have to be able to sort it out in your mind just in terms of what’s really important to do, not just what Collector X and Collector Y are buying. You don’t do a show for those reasons. You do a show because you think it’s important to do. An artist has been neglected or a great artist has not been shown for a long period of time. You know, when you get to younger artists, it gets a little trickier because so much money and so much attention is thrown at some of these younger artists that are coming out of Yale or CalArts or Columbia. They come out of the chute a hot commodity. And so a curator has to really look very carefully and say, now which of these people truly needs to be shown in a museum? 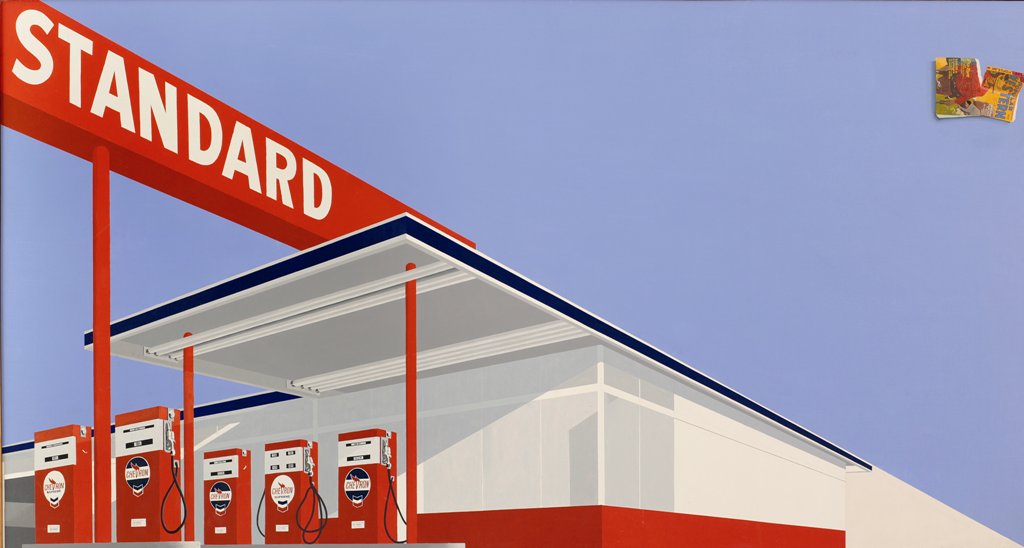 Ed Ruscha, ‘Standard Station with Ten-Cent Western Being Torn in Half,’ oil on canvas, 1964. Photo: Courtesy of Modern Art Museum of Fort Worth.

Well, Michael Auping, thank you very much – and good luck with your retirement.

MAThank you very much. It’s been great. Fort Worth is a very, very special place. I feel privileged to have lived there for 24 years. 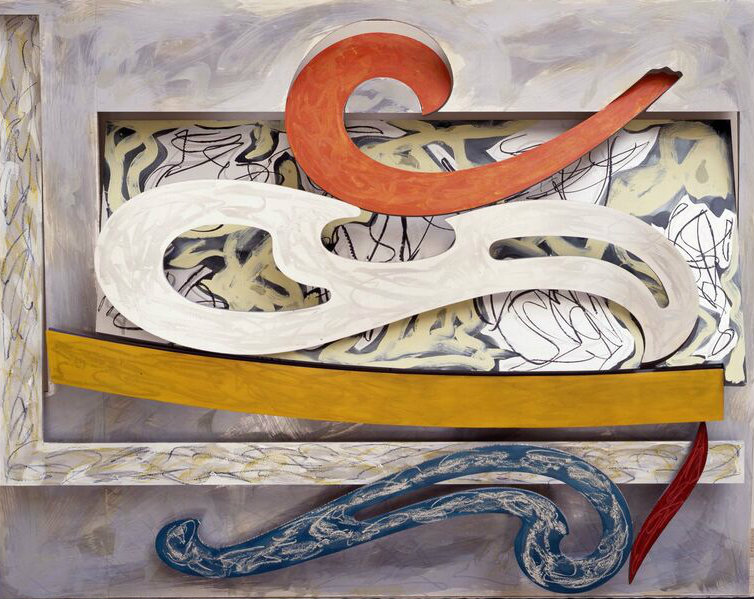