Soluna: International Music & Arts Festival, May 15-June 4
JWAnne, I see Soluna as the big, indoor Arts District festival. It’s mostly about live performances in halls: music concerts, dance shows, multi-media stagings. Aurora, on the other hand, is the big, outdoor festival held every other year. And it’s mostly about the visual arts clustered about the plazas and sidewalks: sculptures, public installations and video projections.

Yeah, Jerome, that’s not completely accurate. Soluna has shown video and visual works. And Aurora has shown some works indoors, too, like Alicia Eggert’s electric light-bulb signs inside the Winspear.

JWOK. True. But those exceptions really just prove the rule. The big mover behind Soluna is the Dallas Symphony, so it’s natural that live performances predominate, generally inside concert halls and theaters. Aurora, meanwhile, was the brainchild of visual artists, so they turn the Arts District into this giant outdoor art gallery which we all wander around in.

Well, there are two smaller works in Soluna that mix things up a bit. The first one’s a soundscape at the Crow Collection of Asian Art called ‘We Know You’ve Got Soul’ — it’s the Crow’s first effort with Soluna. Henri Scars Struck is a French composer and pianist who’s collaborated with people like Madonna and Yves Saint Laurent. He was commissioned to create audio for an exhibition of spare, striking contemporary landscapes that combine ink drawing (by Arnold Chang) and photography (by Michael Cherney), landscapes that were meant to evoke ancient scroll paintings.

Struck actually created different sound pieces for the individual galleries, even for the stairs. Here’s Struck on using sound to amplify this kind of visual experience:

What we forget is music is the most powerful thing on the brain. Music embeds moments of your life and when you listen to a piece of music you didn’t listen since 20 years, suddenly you’re there. So I think it makes you travel, it creates emotion, it’s like a score, like a soundtrack to the museum.

Through the galleries and with the artworks, Struck’s piece is meant to track the path a soul travels. The work ends with sounds of 62 people speaking in 32 different languages, and all of them are addressing a loved one who has died.  So the music may be ‘a soundtrack’ to the artworks, but it also stands on its own.

JWOf course, sound installations like that are not all that new. Frank Dufour, the director of UTD’s ATEC program – ATEC stands for arts, technology and emerging communications – Dufour has done museum soundscapes before. He and his students provided the sound design for the Perot, for instance, as well as the painting-specific audio installations for the DMA exhibition, ‘Coastlines,’ seven years ago.

But for this Soluna, Dufour has created something more elaborate. It’s called ‘Dreamspace,’ and this time, Soluna does go outdoors. Ghostly, repetitive videos will be projected on the side of the Meyerson Center. And Dufour and his wife Lee — functioning as the team, Agence 5970 — have created 20 musical sequences. These will be triggered and influenced by audience movements and by people reading poems, poems on outfits worn by members of the Bruce Wood Dance Company.

JWTechnologically, yes, but the overall feel should be – well, dream-like. It’s interesting that we have to get this sophisticated to replicate something that typically happens every night when we’re unconscious. The videos, the music, the poems, the movements, they’re all supposed to flow together, merge and separate and respond to one another. Here’s Dufour:

To me, that conveys very well that sense that you have in dreaming, where you feel that no action reaches its full accomplishment. In a dream, you never fall down to the floor. So there’s always a sense of suspension and the movement always percolates into another one. 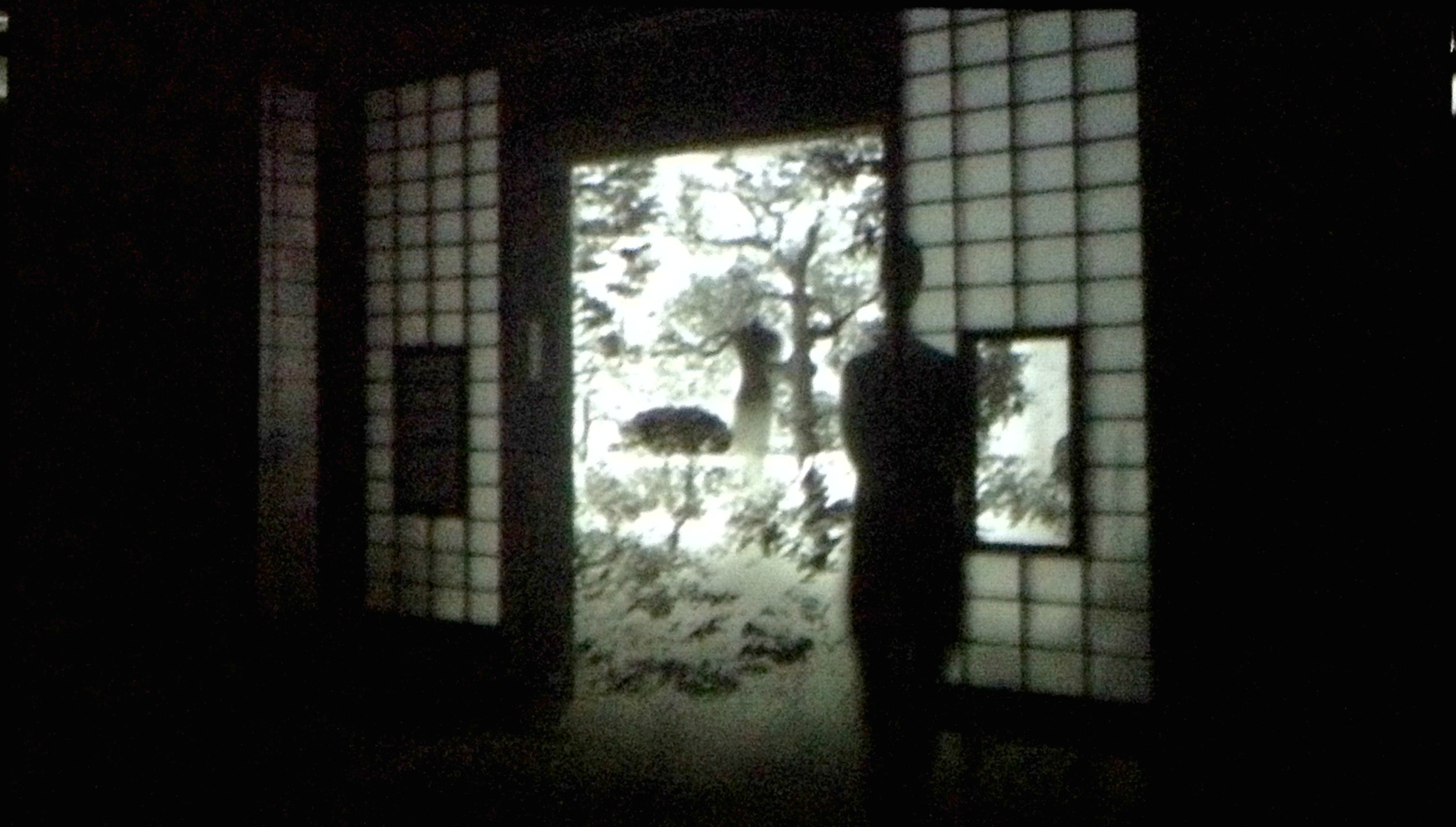 An image from a video in ‘Dreamspace.’ Photo: Jerome Weeks

JW Right. After three years, it’s clear Soluna has become this platform for the DSO to showcase major soloists like Yefim Bronfman and major concert works like Edward Elgar’s ‘The Dream of Gerontius.’ Soluna, after all, is called a ‘Music and Arts Festival’ — with music first. There are also seminars and recitals and stage shows included in the mix, like the Dallas Theater Center’s ‘Electra,’ which happen to be running concurrently. Plus, there are arts groups like the Nasher Sculpture Center or the Dallas Contemporary pitching in, although again, even in these visual arts facilities, the artworks involved have a high performative content.

I’m not saying Soluna needs to offer something for everyone; it can lose any sense of identity that way. But the festival is a rare occasion when the city’s leading arts groups are not so siloed.

And that was a reason Soluna was created – to encourage collaboration in the Arts District – like the free DSO chamber concert inspired by the Dallas Museum of Art’s current show of Mexican art.

JWExactly. Note: Even the name, Soluna, is a neologism, a fusion. In the curator’s program intro for Soluna, collaboration and partnership are extolled as central goals. But a visual arts group simply signing up and offering an art work with a performative aspect may be a partnership but it doesn’t represent a real multi-genre fusion, a re-invention. [Rules of the Game, for instance, was last year’s big-name stab at such a ‘cutting-edge collaboration.’ The ambition was welcome, but it seemed to sputter along on different tracks that never met.]

If they major groups are not going to do it here, when and where will they? I’d really like to see some serious collaborative projects, cross-pollinations among our leading Arts District tenants become a signature of the festival. If

I think we both would. Thanks, Jerome.