Skip Navigation
Home > ArtandSeek.net > State Of The Arts Thursday: Women In Arts Leadership
State of the Arts. Thursday at 7 p.m. at Dallas Museum of Art.

Hope you’ll join me Thursday for State of the Arts at the Dallas Museum of Art. This time, we’ll talk with three women who are shaping the cultural landscape in our area. I’ll ask them about their strategies, experiences and observations heading up very different arts organizations in North Texas.  Come with your questions. 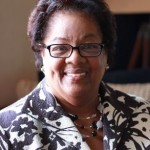 Margie Johnson Reese served as Vice President for Programs at Dallas based Big Thought. Prior to that, she was a grant maker for the Ford Foundation in their Office for West Africa as the Program Officer for Media, Arts and Culture. She has guided the development of significant cultural programs and resources, managing budgets and personnel to guarantee that public service remains a priority. This month, Reese was named Executive Director of the newly formed Wichita Falls Alliance for Arts and Culture, and given a mandate to encourage and facilitate artistic and cultural exploration in Wichita Falls and surrounding areas. Reese is an active grants review panelist for the National Endowment for the Arts, and continues to serve as an advisor to the Association of African Museums in Nairobi, Kenya. 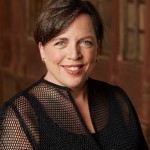 Amy Lewis Hofland is the Executive Director of the Crow Collection of Asian Art, the preeminent museum dedicated to the arts and cultures of Asia in the southern United States. On staff since the museum’s inception in 1998, Hofland’s footprint can be found throughout the museum, including her recruitment and hire of leading Asian art scholars; launching the Crow Collection as the first “wellness museum” in the United States; and molding the museum’s award-winning education programs to emphasize collaboration and collective learning; helping to draw over 100,000 museum visitors a year. In addition to her work at the Crow Collection, Hofland is a noted author, speaker and community leader serving on various board leadership positions in the Dallas-Fort Worth community. 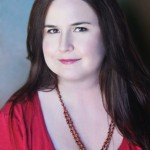 Tina Parker currently serves as the Co-Artistic Director and Administrative Director of Kitchen Dog Theater. Active with the company since 1993, she has been directly involved, as an actor, director, or designer, with over 55 Kitchen Dog Theater productions. Her work has also been seen at Junior Players, Shakespeare Dallas, WaterTower Theatre, Undermain Theatre, and the Arts and Letters Live reading series at the DMA. Tina has appeared in many film and TV projects, including recent roles in The Ridiculous Six and Men, Women and Children, as well as a recurring role on Breaking Bad. Over the years, she has received both acting and directing awards from Dallas/Ft. Worth Critics Forum, D Magazine and The Dallas Observer. Tina is represented locally by The Horne Agency.