Even if you claim to prefer the visual arts and contemporary music to opera, you will want to secure your seat and bear witness to the magic of ‘Sunken Garden’ by Dutch composer-director, Michael van der Aa, as we celebrate its North American premiere at the Winspear March 9, 11, 14 and 17. With a background in sound engineering and film direction as well as music, van der Aa has combined his passion for film, electronics, multi-media and music of all types. (He plays guitar and loves jazz and pop ).

“Every piece,”  he says of ‘Sunken Garden,’ “is a different color, but the use of electronics and multi-media is the thread.”

Leave the opera glasses at home. You will be given a pair of 3D glasses, and  with those you will enter van der Aa’s world of the real and unreal for a seventy-minute immersion in a fantasy — about a filmmaker trying to shoot a documentary about two people who’ve disappeared. Voices and singers are both live and on film.  Sounds are scary and seductive. Visions are unfamiliar and seemingly impossible. Pop singers , rather than opera stars, will lure you into this brave new world of experimental music theater. Our eyes and ears will never be the same. Our future expectations  will never be as high.

The creative team wanted “to create something that wasn’t there before,” says van der Aa. The challenge is how to use 21st-century discoveries in technology to enhance, rather than distract the audience. Van der Aa has said that he always asks himself, “Do I need film?” The answer for ‘Sunken Garden’ — with its magical, ‘vertical pond’ — was a firm, “Yes.” 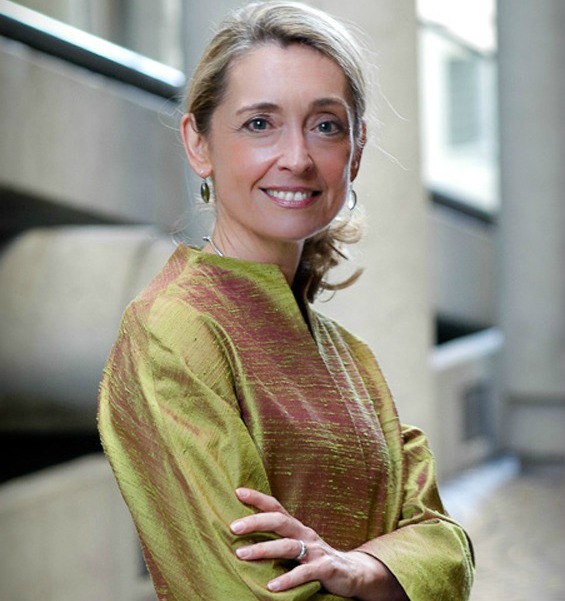 Written in partnership with English science-fiction/fantasy novelist David Mitchell — author of ‘Cloud Atlas’ and ‘The Bone Clocks’ — ‘Sunken Garden’ is a detective story and a story of sorcery and spiritual discovery with twists and turns worthy of the best daytime soap opera. The opera involves the filmmaker, a psychiatrist, a software engineer and a socialite party girl — and a mysterious garden that seems to be where different dimensions, possibly life and death, converge and where souls seem to be held against their will.  (English supertitles to the opera will surely help clarify things.)

For a musical, visual and visceral experiment like ‘Sunken Garden’ to succeed, the team had to be enlarged, engaged and expert. The conductor is an integral player, and the Dallas Opera’s principal guest conductor Nicole Paiement has gotten rave reviews from van der Aa. She must match the music with both the film and live performances. The orchestra’s timing, led by a designated orchestra member, has to be perfectly coordinated. The amplification has to be matched,  so that the projected voices do not pounce on the live lines, or vice versa, and the singers  will have carefully calibrated microphones, so not to outshine each other. The house must cooperate as well. There will be more speakers than usual to enhance the surround sound. High balcony seats will be blocked — to prevent putting a 3-D glasses-wearing patron in peril. And far side seats will be left unsold because of blocked sight lines to the screen.

We are incredibly fortunate to have the opportunity to witness such creative bravery. To assure its success, we the audience have a role to play. No audition necessary.

The glasses aren’t worn throughout the opera – primarily only in the garden section. So we will be asked to don our 3-D glasses at these cues: 1) when the actors are on the garden overpass or 2) when we see the blinking lights on the supertitles.

Or, for that matter, when you see everyone around you putting on their own glasses.