Skip Navigation
Home > ArtandSeek.net > SXSW: How To Move Your Creative Ideas Forward, From A Holography Designer

I’m attending the 2018 SXSW Interactive Festival, exploring issues, breakthroughs and ideas at the crossroads of technology and culture. Follow me at @christyrobinson for short updates along the way.

Read more about Pell’s session and mixed reality at SXSW.

Mike Pell’s job is to develop technology that inserts dinosaurs into hotel lobbies.

During his “Envisioning Holograms: For Storytellers & Explorers” session at SXSW, said he believes mixed reality —the mixing of real and virtual worlds, in real time — will explode as a primary way to tell stories in advertising, entertainment, business and at home.

Pell, who leads design at the Garage, shared what kind of mindset it takes to envision realities that likely no one else has ever thought of before. It’s a mindset that others can cultivate for their own creative projects.

Always wonder what could be

Constantly question reality. Pell shared many of his wild ideas with, “Why can’t we …?”

He pointed to session attendees and asked why, instead of figuring out the location of our next session by opening up a phone app, or digging out a brochure in our bags, we can’t just call up a hologram? It could display the conference schedule and session locations in the air right in front us.

When you’re reading a book on an e-reader and you’ve come to a great battle scene, why can’t the battle materialize in front of you so you can watch it unfold? 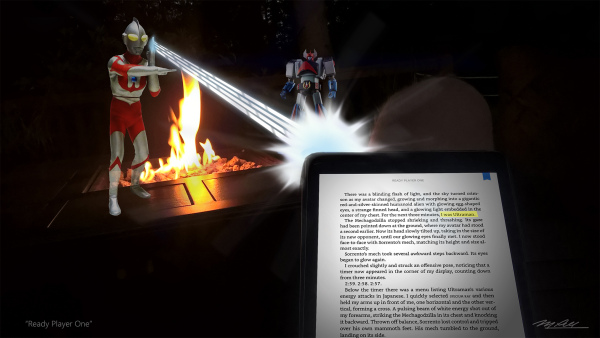 If you’re wearing a VR headset, why can’t you share what you’re seeing with someone sitting in the room with you, without them having to also put on the headset? Why can’t you simply project the virtual world you’re experiencing into the space in front of you, for people in the real world to see, too? You could keep your VR experience private or make parts of it materialize for others.

Why can’t we, instead of viewing our bank statement and other assets on a relatively small webpage, fill the space of an entire room with a visualization of our personal finances so we can view transactions, or our financial health’s strengths and weaknesses, at scale?

Why can’t you visit a museum with your family, but also include the grandfather who’s at home in a different city? A hologram of him could accompany you, and he could use mixed reality to experience the visit on his end.

See what isn’t there

Pell says he regularly “sees things that aren’t there.” Just because something isn’t doesn’t mean it can’t be, at least as mixed reality. Instead of an empty hotel lobby, for instance, Pell envisions what could bring that space to life, like a holographic DJ playing music. 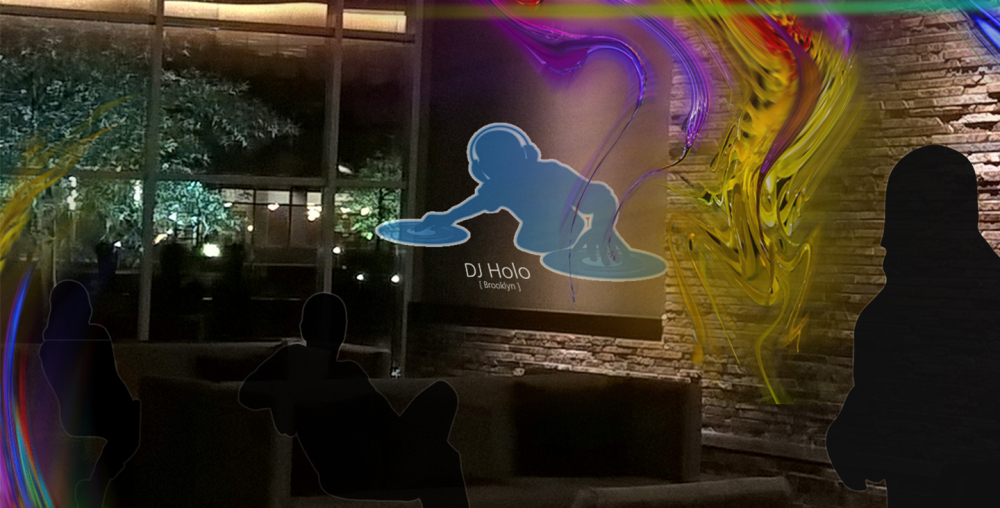 He says stretching your imagination, especially to the extreme degree required for creating different realities, requires that you leap so far ahead that your idea feels crazy.

Pell suggests Rorschaching your way through life: Instead of seeing two lightbulbs side-by-side, see a pair of chameleon’s eyes.

Put your imagination to work

Sometimes an idea stalls simply because it seems too unviable, so we end up not starting at all, or starting then getting stuck.

At the Garage, Microsoft’s shop for experimental projects, the way to realizing a crazy idea is by doing. Over and over and over again.

Pell gives these tips for putting into motion ideas that seem too massive to budge forward:

Some of Pell’s ideas for mixed reality development may seem pretty far out, but he says existing technology supports it; it just needs further experimentation and development. VR headsets may look dorky today, and you can’t use them out and about in real life without looking really awkward and possibly hurting yourself.

In making a case for spending effort, energy and time (and money) making seemingly untenable ideas reality, he reminded attendees about how ridiculous early mobile phones were. Callers looked like they were holding giant black bricks against their heads, and that was if they could get a signal at all.

Learn more about Pell and his work here at his website. You can purchase his book, Envisioning Holograms: Design Breakthrough Experiences for Mixed Reality, here on Amazon.