It took 10 years to build the Meyerson Symphony Center – and what makes the landmark special isn’t just its façade. Today, KERA’s Art&Seek launches a virtual tour of the home of the Dallas Symphony Orchestra, with 360-degree views of every corner, from backstage to the organ loft. The tour’s narrated by Morton H. Meyerson himself, who shares rarely heard stories of the concert hall’s design and construction. KERA’s Jerome Weeks gives a preview.

Morton H. Meyerson was asked in 1979 to lead the committee heading up the creation of a new, top-flight symphonic hall for Dallas. A daunting request for anyone. But for Meyerson, there was one big problem.

“I had no idea what to do,” Meyerson recalls. “I knew we had to have an architect and an acoustician. But I knew very little about architecture, and I knew nothing about acoustics.” 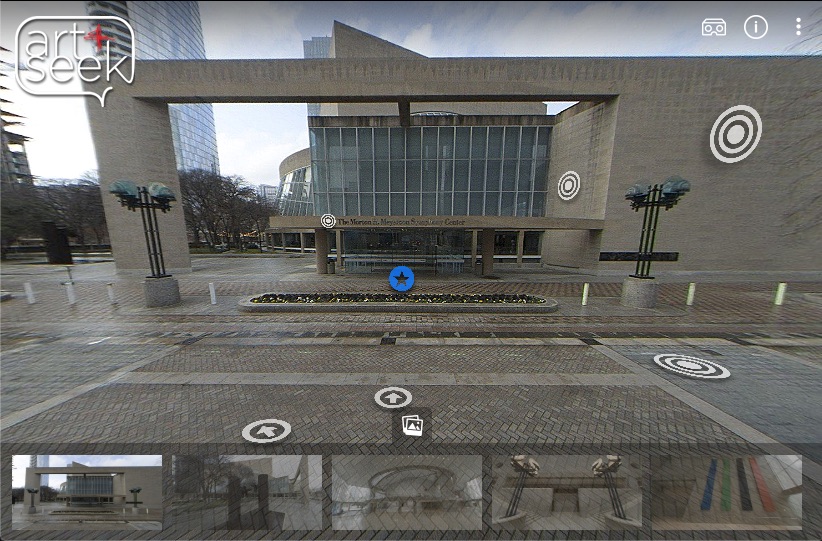 The opening page of the virtual tour: Arrows provide navigation, the blue star will take you to our guide to the site, and the white points of interest deliver background on aspects of the history, design or construction of the hall.

Asking Meyerson to lead the construction of a concert hall actually made some sense. He’s a lifelong, passionate student of classical music.  In 1979, he was also the president of EDS, the electronic data processing company founded by Ross Perot. So he had experience running a major business.
But Meyerson was 41 at the time. He had no experience with city politics, symphony politics or even a major construction project – let alone this kind of construction project.

Like any good systems engineer, Meyerson says he started researching what it would take to build the kind of performance venue the Dallas Symphony needed: a single-purpose concert hall. Not a hall that could also be used for Broadway tours or operas or ballet companies. A classic concert hall – like Carnegie Hall in New York or Symphony Hall in Boston.

Trouble was, no one had built such an acoustically demanding hall in more than a century. No one could spell out for Meyerson precisely what he needed to do.

So he found the next best thing. For a day, Meyerson tagged along with the guy coordinating the construction of San Francisco’s Louise M. Davies Symphony Hall.

“First thing I learned,” Meyerson says, “was that this was a hugely complicated project, much more difficult than I had imagined. Number two, it involved a lot of politics. And at the end of the session, I asked, How long will this take? And he said, ‘Well, it took us ten years, and I’m sure it’ll take you ten.’ And I said, ‘Nahhhh, this is Dallas! We’re can-do people, we’ll do it in six.’

It took ten years because of Dallas bond elections, a complicated land swap, public controversies over the budget, the city’s demand for an underground garage and both the oil bust and the savings-and-loan scandal that dragged Texas’ economy down in the late ‘80s.

There were also simmering disagreements between architect I. M. Pei and acoustician Russell Johnson. Pei had never designed a concert hall before. Johnson was a brilliant expert but his ideas were unconventional. And both men were persistent. Meyerson says their last stand-off was over – of all things – the fabric grill that would cover the reverberation chambers. Those are the concrete rooms along the top of the hall’s sides that can be opened or closed to change the resonance inside the auditorium.  Pei wanted a particular grill and thought Johnson’s preference for no grill would mess up the hall’s carefully polished interior. 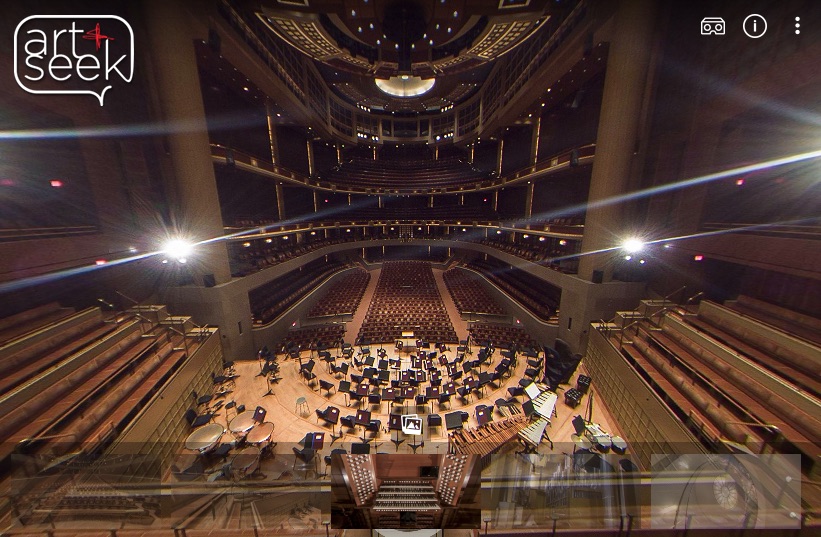 The Meyerson interior as seen from the Lay Family Organ.

And then Russell would say, ‘No, it’ll mess up the acoustics.” And I said look, we have the following possibility. You can either solve it, or not. If you solve this problem in the next week, your reward is you get to keep your job. If you don’t solve this, I’m going to fire both of you and we’re going to continue without both of you.

Even so, Meyerson says, ten years of negotiating and navigating his way through all of this did not prepare him for the mad scramble of the final month before the hall was set to debut in September 1989. They had serious supply chain hold-ups. The pipe organ would not be fully functional in time. None of the seats had arrived. All the Italian marble for the lobby floor had not been shipped. The Dallas Symphony was trying to rehearse while the hall boomed and roared with workers still hammering and drilling. 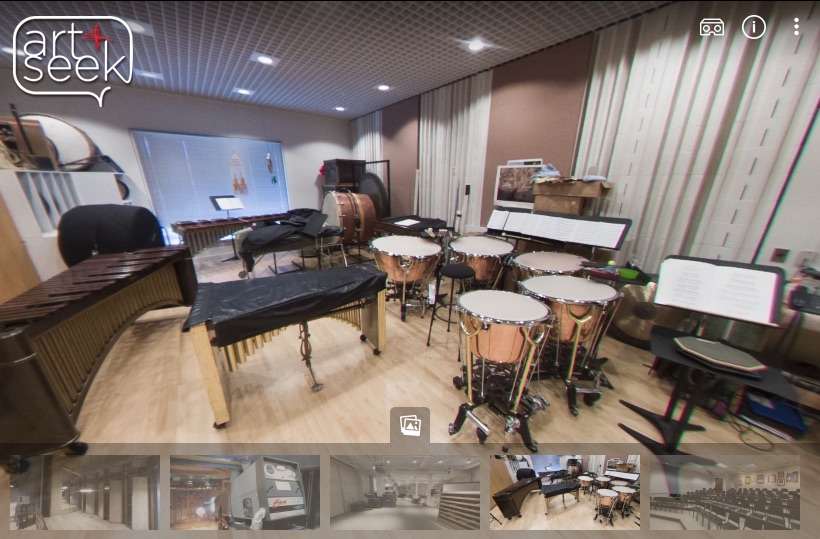 The tour of the percussion room at the Meyerson.

For one solution, Meyerson recalls turning for help from Robert Crandall, then the president of American Airlines. Meyerson asked whether any empty cargo space on American’s transatlantic flights could be used to haul the marble tiles from Italy – in time to be installed for the opening.

They could and they did.

“The reason why this story is interesting is there are thousands of stories like this in the building of a symphony hall or any large project,” Meyerson says. “And you have to be resourceful and you have to have friends because relationships are more important than money.”

Speaking of friends:  The concert hall is named the Morton H. Meyerson Symphony Center because Meyerson’s former boss, Ross Perot, agreed to donate $10 million to the effort. He attached two conditions to his gift – that the hall would be “first-rate” and that it be named after Morton Meyerson.