The tale ‘The Nutcracker’ ballet tells is basically just a young girl’s dream. But to build that dream onstage takes talent, art, money and muscle. This year’s ‘Nutcracker’ from Texas Ballet Theater features more than fifty performers. One of the leading dancers in the holiday production is Andre Silva, and as is clear in this Art & Seek Artist Spotlight, Silva has dreams of his own.

The profiles of the dancers on the Texas Ballet Theater’s website include tidbits like their favorite TV shows or pop songs. Turns out principal dancer Andre Silva dreams of owning a BMW or Audi convertible.

Texas Ballet Theater’s ‘The Nutcracker’ opens Nov. 24th at the Winspear Opera House and at Bass Hall Dec. 8th. You can also check out Art & Seek Jr’s super-list of ‘Nutcrackers’ across North Texas.

So – I let him drive my Audi.  Let’s be clear: It’s a seven-year-old Audi, and the fabric roof has got some serious scars. But still – it’s an Audi convertible. And Silva is like an excited kid when he gets the keys, starts up the car and tugs on the switch that brings the convertible roof down — “You’re making that dream come true!”

Then we drive off on a tour of the residential neighborhood near Texas Ballet Theater in Fort Worth.

Actually, the idea was to give Silva a little break. This is ‘Nutcracker’ time for ballet companies. ‘The Nutcracker’ is the Olympics of ballet. Starting next week, with both Dallas and Fort Worth performances, Texas Ballet Theater will run the show 27 times in 30 days. On eight days, the dancers will be doing two shows a day. Nothing else comes close to the demands of the 125-year-old dance fantasy: Many of the individual set pieces are bravura showcases, real work-outs. Of all the other popular ballets, ‘Swan Lake’ comes in a distant second: It gets only nine performances.

Ballet dancers are often compared to professional athletes. There’s the rigorous training and diet, the high-level of strength and skill. And the endurance. This year, in different shows, Silva will dance multiple roles, including the Nutcracker Prince, the Snow Prince and the Soldier Doll. There’s also the physical toll of a professional athlete: Silva had his first knee surgery at 19.

But having rehearsed and performed ‘The Nutcracker” so often, Silva says, “it’s in our bodies. The technique and everything is there. It’s mostly building up the stamina and taking care of yourself. That’s pretty much what it takes.” 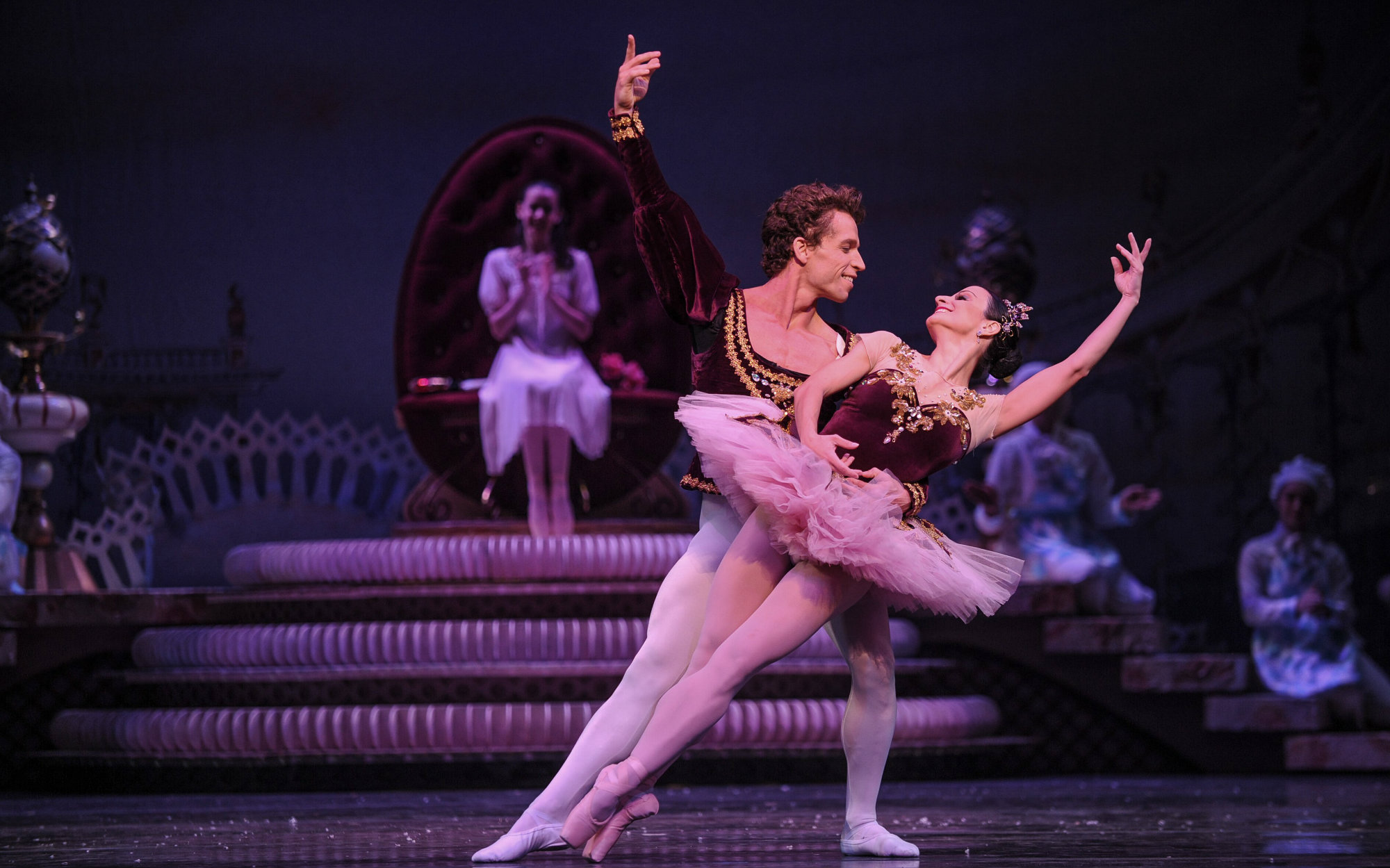 Mercifully, Silva happens to be crazy about ballet. The 31-year-old goes home at night – “and I’m still thinking and watching ballet.” He’s been like that pretty much forever. Silva was born in Brasilia, the capital of Brazil, and his mother was a dance teacher.

“While she was teaching a jazz class,” he says, “her water broke and she had to go to the hospital. So I was pretty much born dancing.”

But it was his decision at 13 to come to America that changed his life. After attending Harid Conservatory in Florida, he won  a full scholarship to the Houston Ballet Academy. In 2003, when Ben Stevenson left Houston to run Texas Ballet Theater, Silva auditioned for him – TBT is the only company he’s ever had to audition for.

“So he offered me a contract for the corps de ballet,” Silva says. “At 17, it’s quite a young age to get into a company. So that’s when I knew I could become a ballet dancer. That’s when I felt, OK, this was right.”

We’re in rehearsal in the Ballet Theater’s home. Silva is only five-foot, eight — he’s compact, which is why, he says, when he works out to stay in shape, he  tries not to bulk up. Ballet prefers the long, lean look. But Silva’s height is hardly an issue: Baryshnikov is five-foot, six. What Silva’s build and his energy lend his dancing is a boyish vitality. It’s like he’s never as happy as when he’s leaping onstage. He’s practically exultant: This is fun. Even when Silva is bent over, panting, after a strenuous session, he seems expectant: OK, so what’s next?

Here he’s partnering with Carolyn Judson, rehearsing parts of the Grand Pas de Deux from “The Nutcracker.” Partnering isn’t a glamorous showcase like a solo. But it has its own, underappreciated challenges. At one moment, Judson runs to Silva and he lifts her over his head. It’s a standard move – classical ballet is always turning female dancers into birds taking flight. But assistant artistic director Li Anlin insists the couple do it again. And again. They’re missing a key element.

“Jump to him,” he tells Judson.

“I only have two steps,” she says. She barely has enough time to get to Silva, let alone jump.

Anlin smiles “Jump to him!” he insists.

Judson must run and leap at Silva. As we all remember from physics class, velocity increases mass. So Silva has to catch Judson on the fly and redirect all her momentum and weight up over his head in a single, smooth arc. It’s like weightlifting while doing a waltz. But he needs to do it effortlessly, as if Judson weighed nothing. Again, she should look like she’s launching herself into the air, unfettered by gravity and Silva just happens to be there, barely needed, just sort of guiding her lift-off. Silva says the two dancers need the right rhythm for this curving energy and grace to succeed.

But he also has to earn something from her. That jump is a complete commitment; Judson has to know he’ll catch her. Otherwise, she’s just going to crash into him.

And all that is going on in just one move, done a half-dozen times in a ballet.

While we’re out in the Audi — living out a little bit of Silva’s dream car fantasy — he says he’s actually achieved a much bigger dream on his own, just recently.

“I’ve moved to a new house,” he says. “I am a homeowner. You know, it’s the American Dream that I’ve had since I was 13 years old. And I’m very, very grateful.”

Silva’s also in the process of getting his green card. Then he’ll apply for US citizenship.

Because, as he says, this is home.

“This was wonderful,” Silva says, grinning happily, as he pulls the Audi into TBT’s parking lot. “Maybe in about ten years from now, we can have another interview. With my own Audi.“

OK. But it’ll probably be sooner than that.

You came to America pretty young after studying at the Royal Academy in Brazil. How did you end up in Texas?

I decided to go to Houston because a lot of my colleagues at the Harid Conservatory at Boca Raton, Florida, where I first came in America, they were going to the Houston Ballet Academy, and they were going, ‘Hey, Andre, you really ought to come here. The men’s program is really, really good, the director of the company is very special.’

So right away, I auditioned for the school and I got in on the highest level. When Ben Stevenson was the director of both the [Houston Ballet] company and the school, that year was really important because I discovered my talent in the most humble way. I discovered that I could become a professional ballet dancer, this was what I was striving to do since I was five.

What do you mean, discover your talent?

I had really, really good feedback that year. If that makes sense, discovering my talent meant that I now knew I had something special.

So when did you decide I’ll be a professional dancer, that this will be my career?

When Ben came to direct Texas Ballet Theater in 2003, and his first year, I came to audition – the only company I’ve ever auditioned for. And at 17 years old, he offered me a corps de ballet contract. Seventeen is a very young age to be a member of a company. And that’s when I knew I was on the right path.

What have you given up – if anything – to pursue this career path?

I think most definitely was my choice to leave Brazil. That was a pretty big deal – leaving at a young age and leaving my family. Just having to give up my family in general and having to learn English and getting used to the culture. Also, becoming really disciplined, not being outrageous, letting go of things like not doing homework. Just focusing myself.

So if joining Texas Ballet Theater was such a defining moment for you, why did you decide to leave in 2009?

At the time I was only 23, and I wanted to expand my horizons as a dancer and do some more modern and contemporary work for the time being. And become a more versatile dancer.

But on top of that, I think it’s only normal that after being in a company for 5-6 years, a dancer wants to explore the way that other companies work, the way they’re disciplined, what their repertoire is. So that’s how I felt. I felt I needed to expand. But also I knew that when I left, Ben kept the door open for me – that if you ever want to come back, you are welcome. And [laughs] I remembered that two years ago, and I’ve been back ever since. 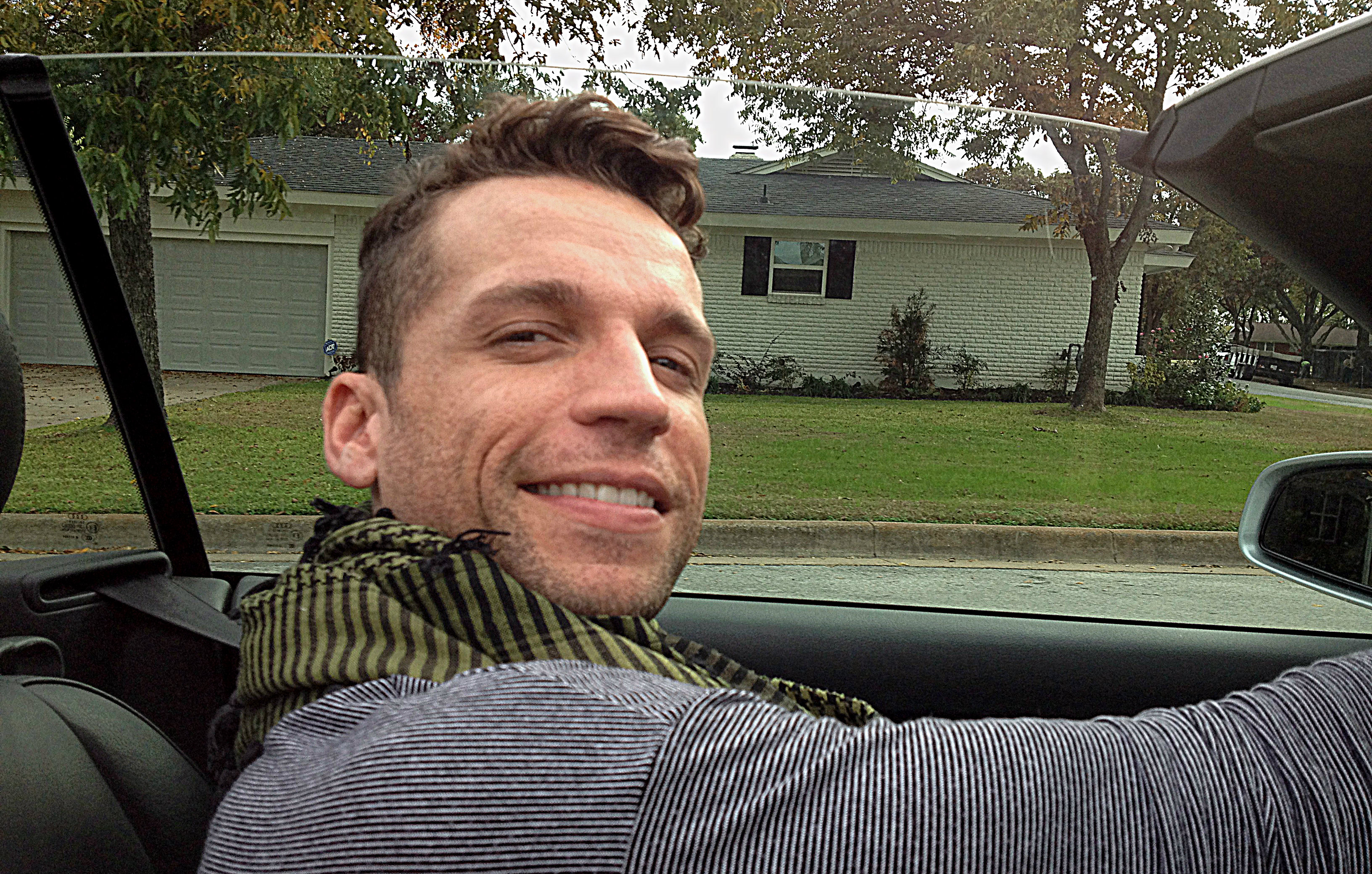 During that time away, you had an international career. How was that different? Was it different?

Most definitely, when you’re already a foreigner, you have to prove yourself right away. That’s how I felt in Montreal [with Les Ballets Canadiens de Montreal]. Right away, I had to prove myself, so I did. I showed that whatever your nationality, your talent will speak louder. Your desire, your passion speak louder.

So five years later, I did that again [with Germany’s Ballet Augsburg]. Exactly the same way. I had to prove myself again. But I realized [laughs], ‘I don’t like this company as much as I did my previous companies.’ And Texas Ballet Theater was like a home for me, and I thought maybe this is the time to go back, was the door still open? I could find a place to settle down. But most importantly, to dance and work with Ben Stevenson again.

So how does the American ballet world compare?

It’s very, very good here. They give you many opportunities in every way, and they also challenge you in many directions. But it’s also a very tough competition. The dancers are really eager, really hungry. They challenge you to be the best you can be.