It’s about 10 a.m. on a Friday morning, and 2,206 Dallas ISD third-graders are filling the Winspear Opera House to capacity.

Each year the district takes thousands of students on a holiday field trip — and it is a big job. Traffic, children and performers are complexly choreographed to make it work.

For most of the 8- and 9-year-olds at the opera house, it’s their first visit. Their eyes pop wide as jaws drop — and they’re only in the lobby. 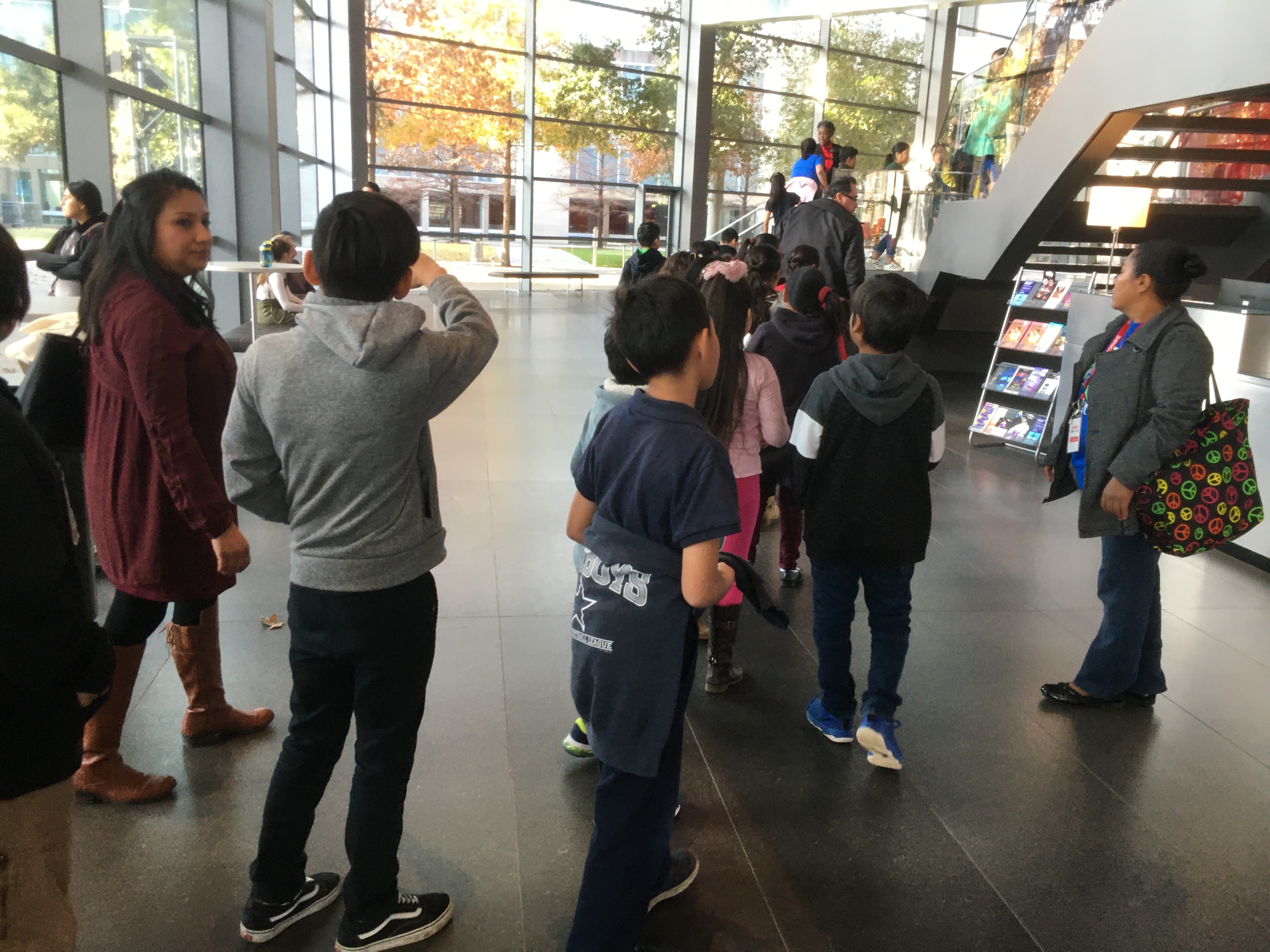 Teachers, staff and volunteers helped guide lines of students from the buses to their seats. Photo by Bill Zeeble

The students file in to watch the children’s classic, Peter and the Wolf, performed by the Texas Ballet Theater. There’s a cat, a duck, a wolf and Peter — and the students love it.

The performance is short, but staff behind the scenes has spent hours that day preparing for it.

Anastasia Pharr is the Senior House Manager for the AT&T Performing Arts Center. She’s worked every student matinee, without fail, for 10 years. During a morning briefing before the performance, she thanked everyone for their hard work.

“It’s been a bit of a long week,” Pharr said. “Thanks to everyone who’s been here all week. I know it’s challenging.” 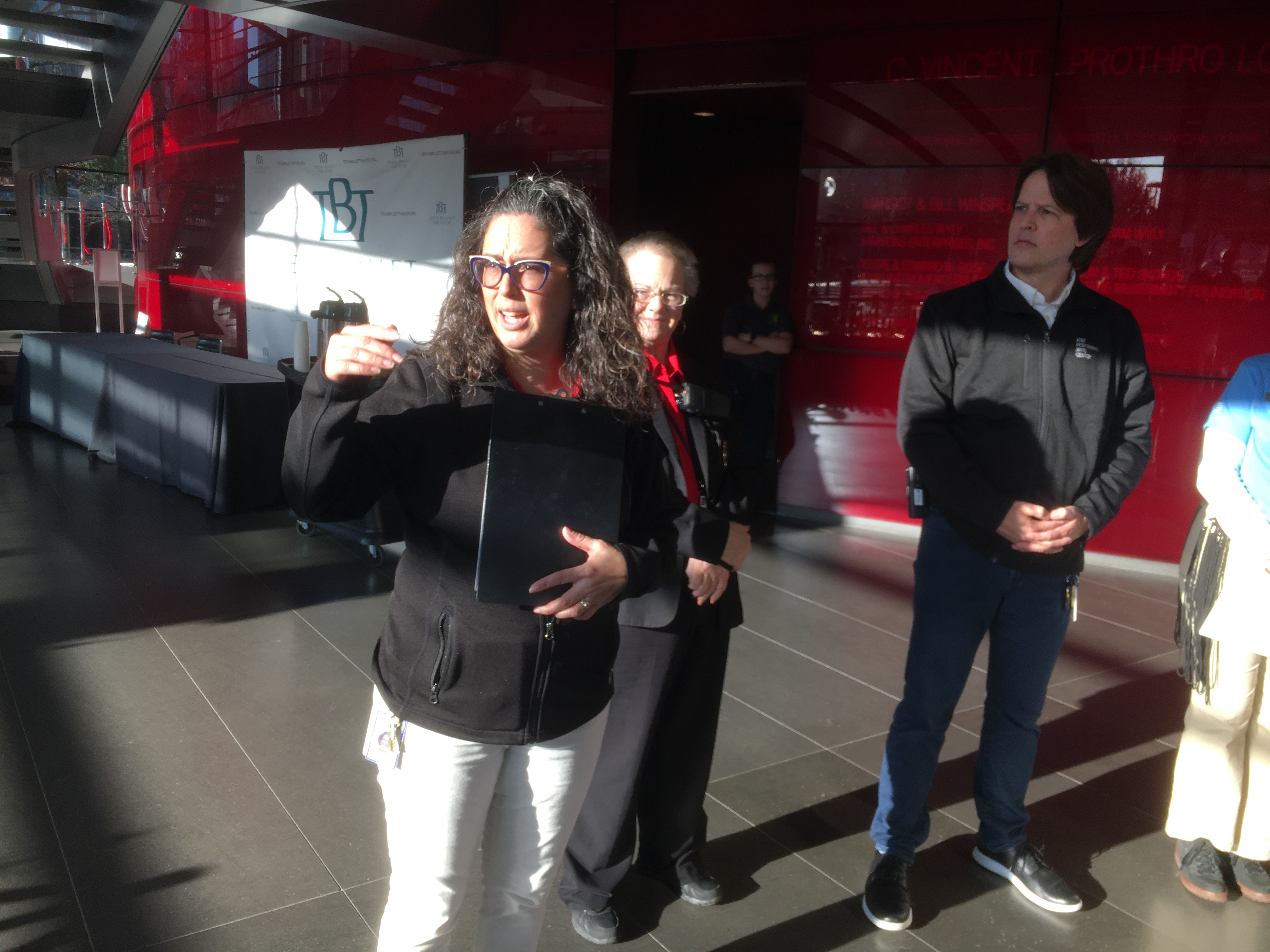 An hour before students arrived Anastasia Pharr met with staff and volunteers to make sure everything was ready. Photo by Bill Zeeble

Pharr worked with 30 volunteers to get the kids safely in their seats. It all started by unloading the students from the nearly 60 buses they arrived on. When a bus pulls up, volunteers like Stuart Jacobs hop on and give teachers a number so they can find the right bus when it’s time to leave.

“Hey guys! You’re going to be bus number two,” Jacobs told students and their teacher on one bus. “We’re going to get you off the bus and into the show.”

Volunteers have color-coded seating charts for every one of the kids from every one of the two dozen schools at the performance. Eight-year-old Sarah Stanford from Reinhardt Elementary is excited.

“Well I think this place is awesome because this is the Dallas opera house, and it’s really famous,” Sarah said. “I’m really happy to be here.” 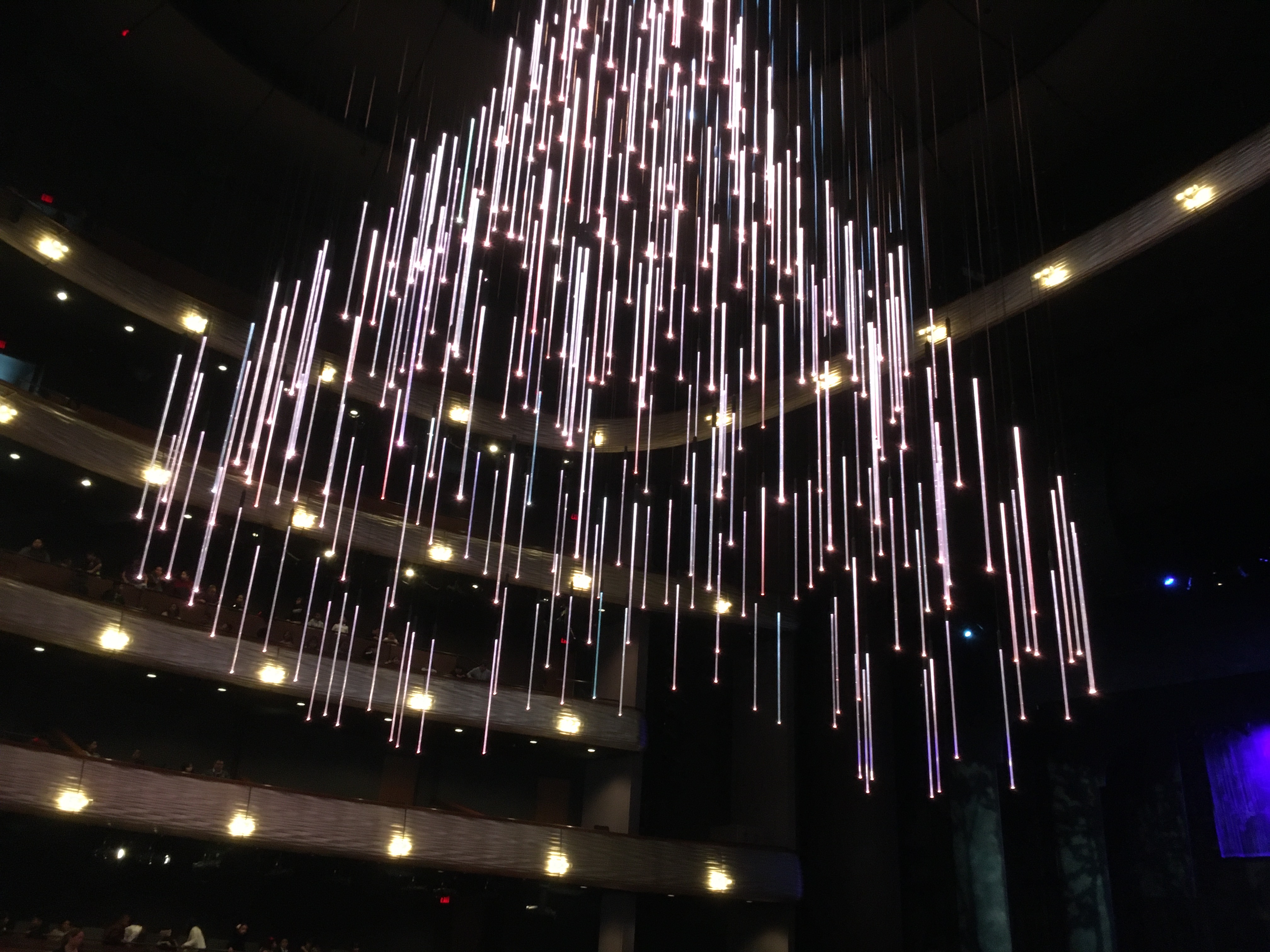 When the Winspear Opera House’s electronic chandelier came down at the end of the performance students squealed with delight. Photo by Bill Zeeble

At the end of the 40-minute performance, the students’ already loud cheers explode when the Winspear Opera House’s electronic chandelier of 318 light rods descended from the ceiling.

For kids like Arleth Rayas, the light show’s an unforgettable thrill.

“It was pretty cool because it went down and then it stopped, and then it kept going down and stopping,” Arletha said. “And I liked how it has colors and lights.”

The dancers and the story were the highlight of the show for Kaylah Harris, another student.

“I like the show because they had music and the costumes, and they had the actors actually playing the part,” Kaylah said. “I recommend it.” 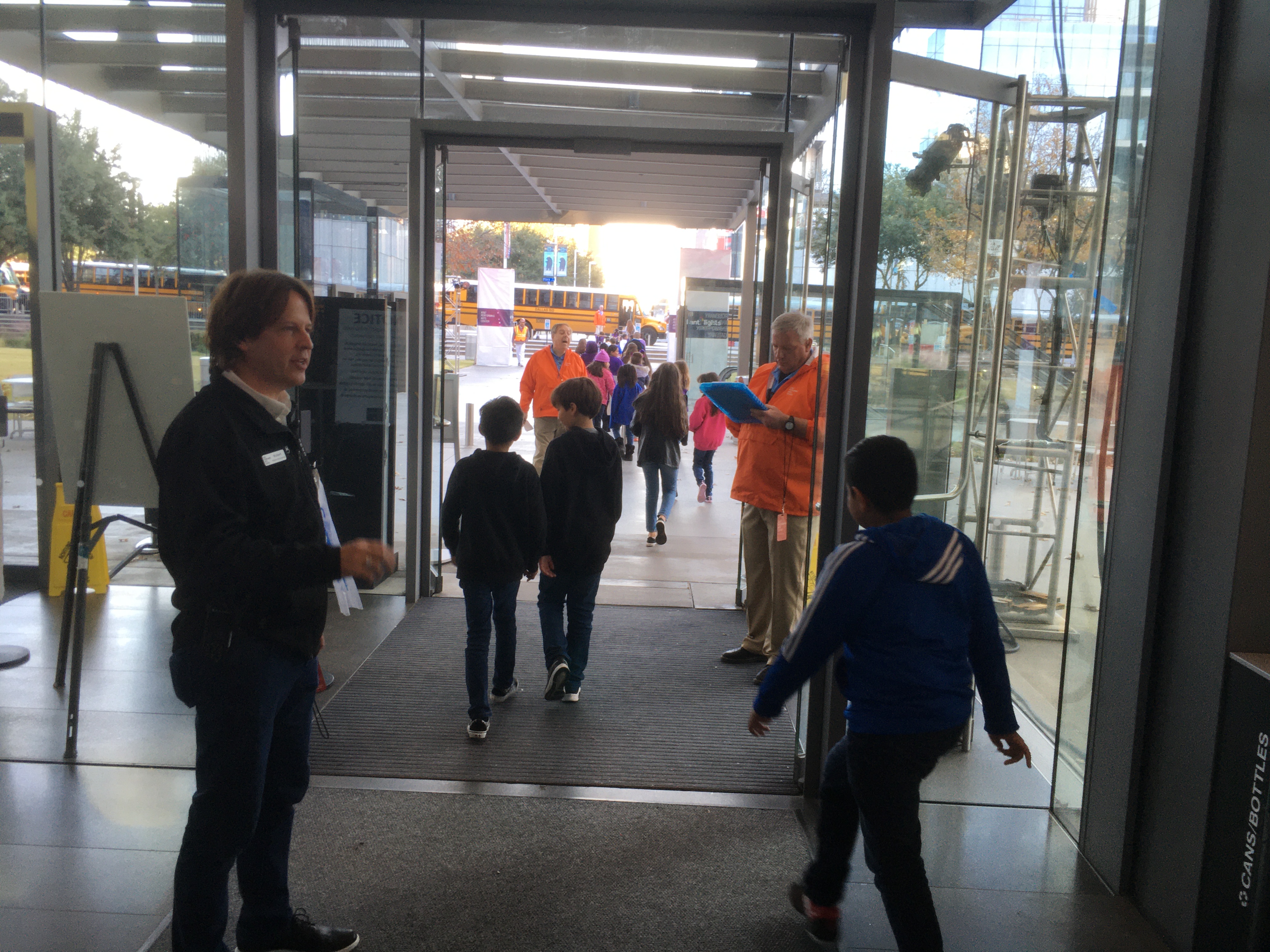 It took about 60 buses to transport the students to and from the venue. Photo by Bill Zeeble

When it’s time for the kids and the teachers to go, those numbers they got earlier are called from the stage as their buses line up outside.

On most days when field trips flood the theater, once the morning crowd leaves, volunteers, performers, and teachers do it all over again for the afternoon matinee. But this Friday, volunteers like usher Ruth Hunter-Hill only have one performance to worry about. She recommends spending more time around kids like these third-graders.

“I think kids just have an excitement that we as adults have forgotten,” Hunter-Hill said. “We forget what a joy it is just to be alive. The kids kind of remind us of that.”