Skip Navigation
Home > ArtandSeek.net > The Great Zora Is Back

In 1995, Henry Louis Gates, the noted scholar and author, came out with “The Complete Stories of Zora Neale Hurston.”

So why this new collection?

Genevieve West: In the 25 years since that volume came out, we have discovered other stories by Hurston, and so this volume brings together those original stories, but also eight new stories that have been recovered since then. And we put those stories in chronological order so that readers can actually see Hurston’s distinctive voice evolve and mature. 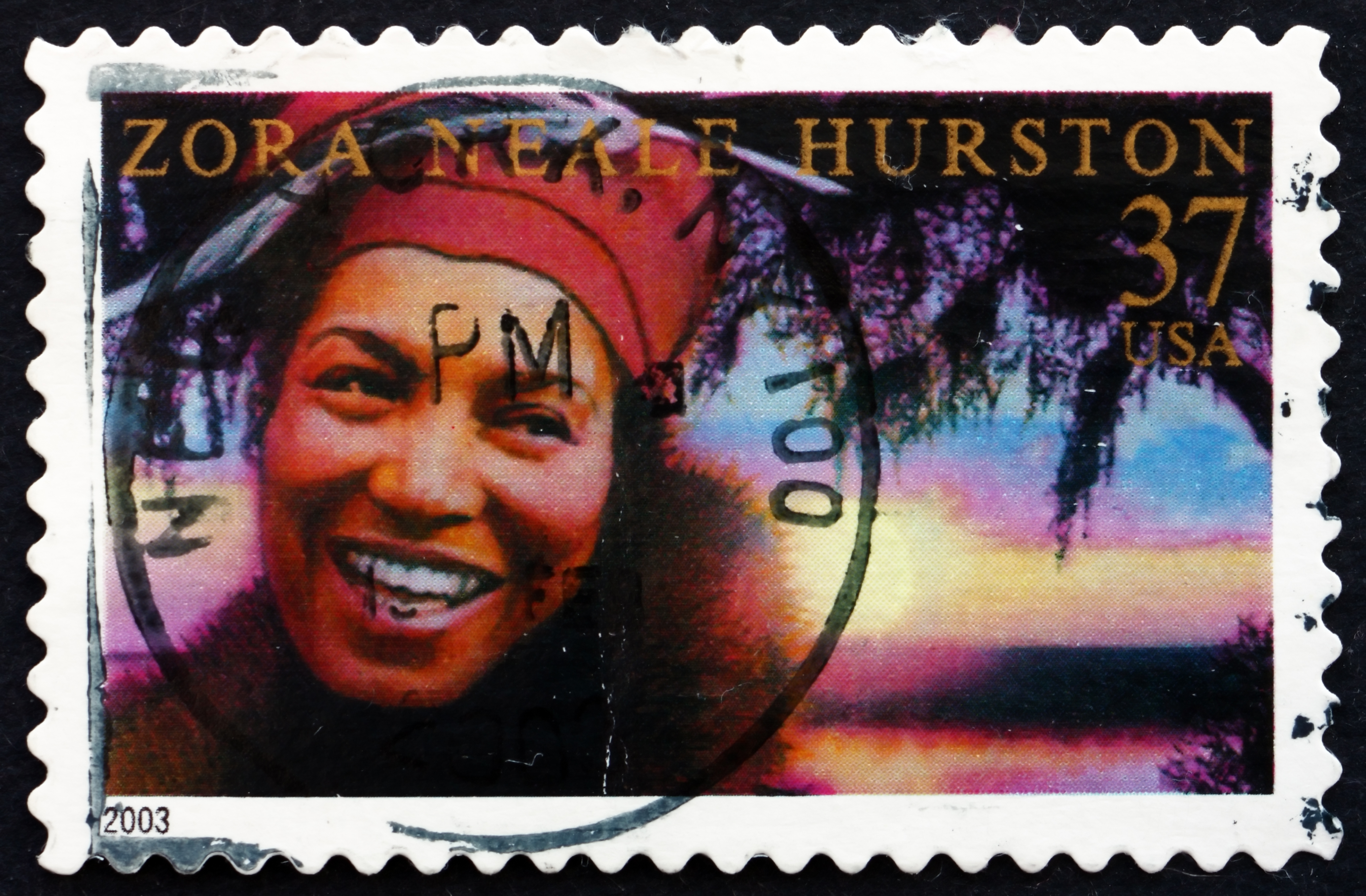 So let’s listen to it. This is from the  the 1927 story, ‘The Country in the Woman’ — included in your new collection, ‘Hitting A Straight Lick with a Crooked Stick.’ [The audiobook version read by Aunjanue Ellis can be found here.] Caroline Potts and Mitchell Potts are a young couple, and Caroline has just rather coolly and publicly caught her husband with a girlfriend on the side — and he resents that. It’s just not what’s done in New York.

“Lissen, Cal’line, you oughten ack lak you did today. Folks up heah don’t run after they husbands and carry on cause they sees him swappin’ a few jokes wid another woman. You aint down in de basement no more — youse in New Yawk.”

‘Swappin’ JOKES! So you tryin’ to jerk de wool over MY eyes? New Yawk! Humph! Youse the same guy you waz down home. You ain’t one bit different – ain’t nothin’ changed but you clothes.”

“Well, then you stop running down women like Lucy Taylor. She’s a NICE woman. You just keep her name out yo’ mouth. Fack is, you oughter be made to beg her pardon.”

Caroline turned from the dishpan very coolly. That was just it — NOTHING seemed to stir her up. Even her anger seemed unemotional — a pretense the effort of a good performer.

“Ah let Lucy Taylor g’wan home today, an’ didn’t lay de weight of mah hand on her … But don’t you nor her try to bull-doze me; cause if you do, you’ll meet your mammy drunk. Ah ain’t gointer talk no mo.”

So as an author, the literary voice that Hurston brought to American literature is that of a small-town, backwoods, Southern, African-American woman, resourceful and resilient — and that hadn’t been heard much before. But in this case, it’s two Southerners in Harlem — meaning they were part of the Great Migration that brought them up North.

Absolutely, you know, one of the criticisms of Hurston had been that she had neglected the Great Migration in her fiction, that she had opted to write about Florida and had really neglected the urban experience. And that’s one of the things that I love about this story is it really corrects that perception because what we see with Caroline is her husband has fully adapted to Harlem. He has adopted silk underwear, and he ‘hearkens unto Harlem’ I think is what the narrator says.

Caroline, on the other hand, has retained a very Southern, rural ethos. So you do get to see that clash between Northern and Southern, urban and rural, male and female. And it all comes together in a really hilarious story. 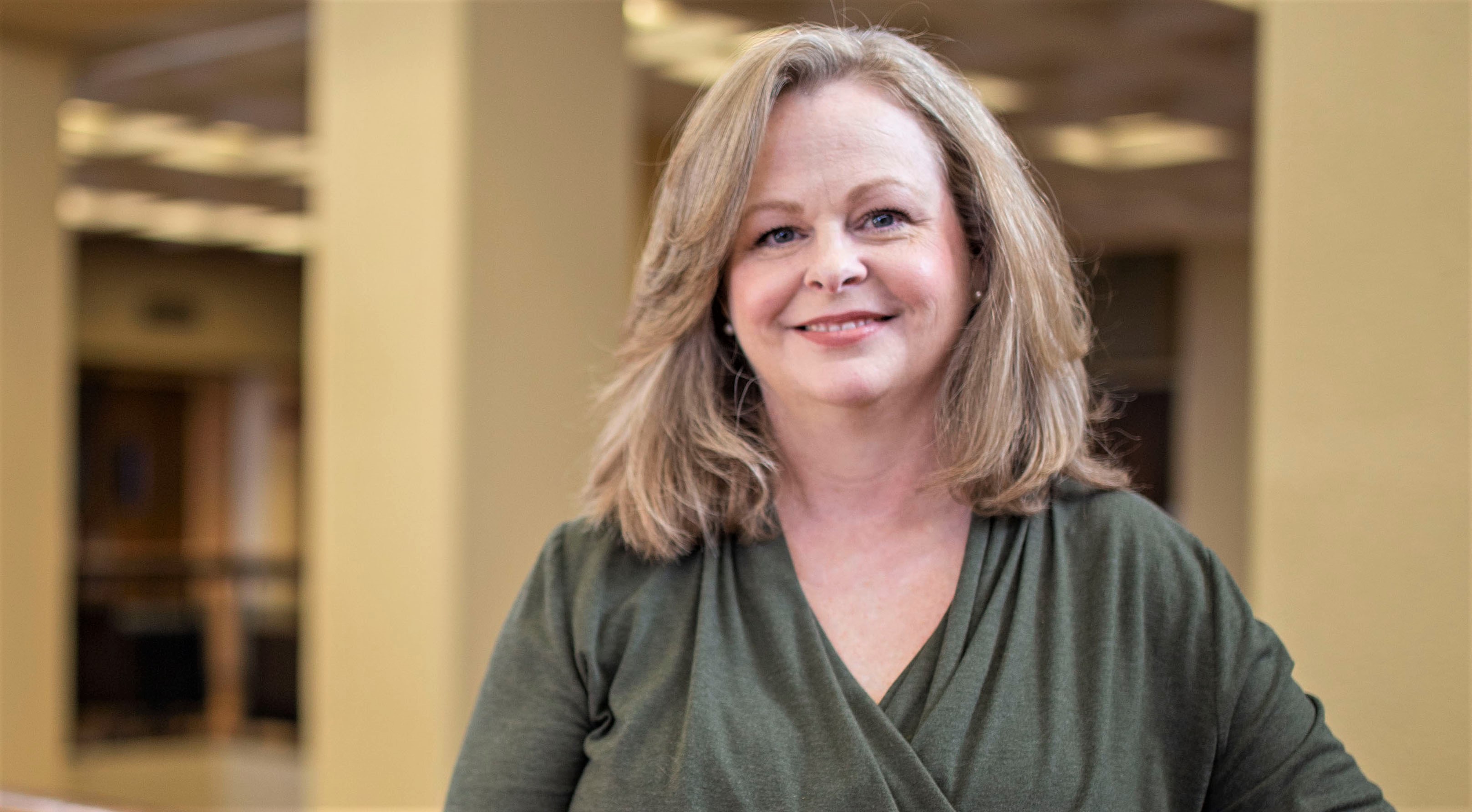 That move up North — and the attempt to reinvent oneself while remaining in touch with one’s origins — Hurston did that herself. No earlier female author had done what she was trying to do.

Exactly. In fact, one of the meanings of the title of the book, ‘Hitting a Straight Lick with a Crooked Stick’ is ‘to make a way out of no way.’ And that’s very much what Hurston did with her life.

But Hurston’s down-home material and her often deadpan Southern style — that’s what distanced her from many of her fellow writers in the Harlem Renaissance in the 1920s and ’30s. Why?

People were — in the ’20s and ’30s — very concerned about perception and about stereotypes. And particularly in what we would call the ‘New Negro,’ the upper-middle-class African-American community, there was a lot of concern about what white readers saw and heard in Hurston’s texts.

Meaning, some in the Harlem Renaissance saw Hurston’s characters and how they spoke, and they felt they were too much like old racist cartoons — the kind of image they were trying to escape or overcome. But Hurston — what she was doing was drawing directly from the African-American life around her.