Inspiration for the show came from a popular sub-genre of hip-hop music called Trap–an Atlanta slang word that refers to a place in which drugs are sold illegally. The word can also refer to oppression and disadvantage.

In 2017, Pecou coined the term “Trapademia” for a series of works illustrating the Black experience and his African heritage. 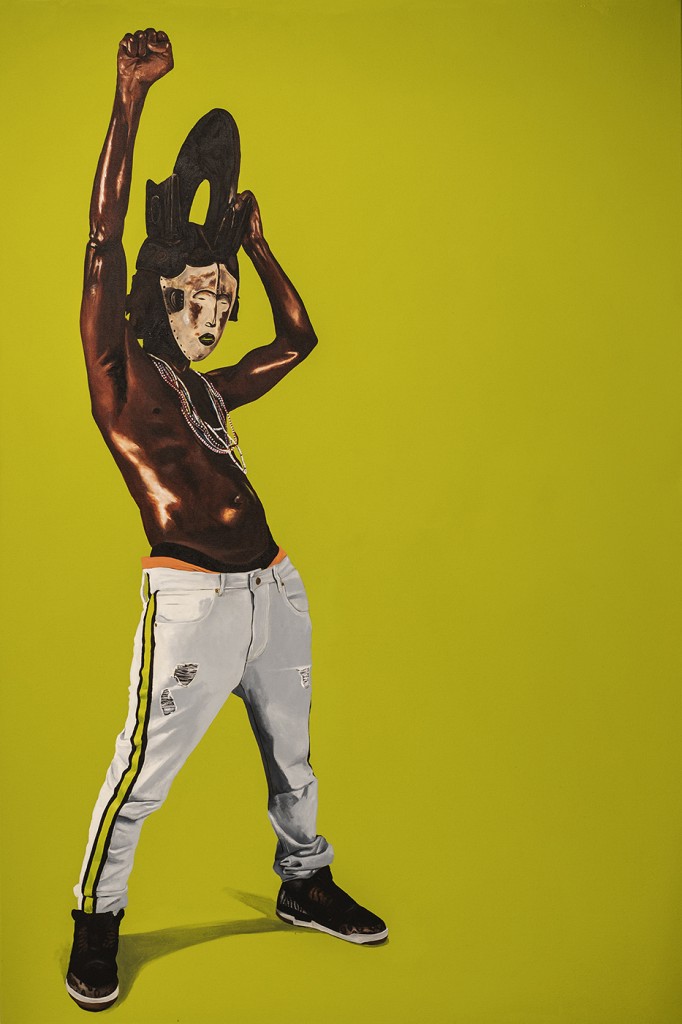 ‘Onire the General’ by Fahamu Pecou

“Trapademia explores the ‘Trap’ aesthetic in hip-hop music as a way to highlight the inventiveness and brilliance in African American resilience and memory,” said Pecuo. “The 7 African powers refer to 7 seven West African deities in the Ifa pantheon. Through color, posture, and more I draw parallels between traditional African concepts and values and contemporary Black culture.”

“We are so often seen as victims. I want these works to be reminders, affirmations, reflections of strength and resilience.” 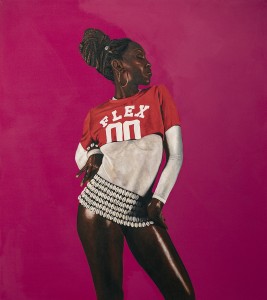 According to a press release from Conduit Gallery, Pecou earned an BFA at the Atlanta College of Art in 1997 and a Ph.D. from Emory University in 2018.  As an educator, he has developed (ad)Vantage Point, a narrative-based arts curriculum focused on Black male youth. His paintings, performance art, and academic work addresses concerns around contemporary representations of Black masculinity and how these images impact both the reading and performance of Black masculinity.