In the summer of 2020, UNT seniors Malik Carey-Harpe and Donielle Conley saw the Black Lives Matter movement turn into a social media trend. And like most trends, they saw the hashtag activism flood their feeds, then slowly go away.

To confront the issue, the two media arts majors made a film called “BLM is not a trend.” This week, it plays at the Denton Black Film Festival, which is virtual for 2021.

“With the film we really wanted to emphasize that this is not a trend, this is a reality that needs to be fixed,” Conley said. 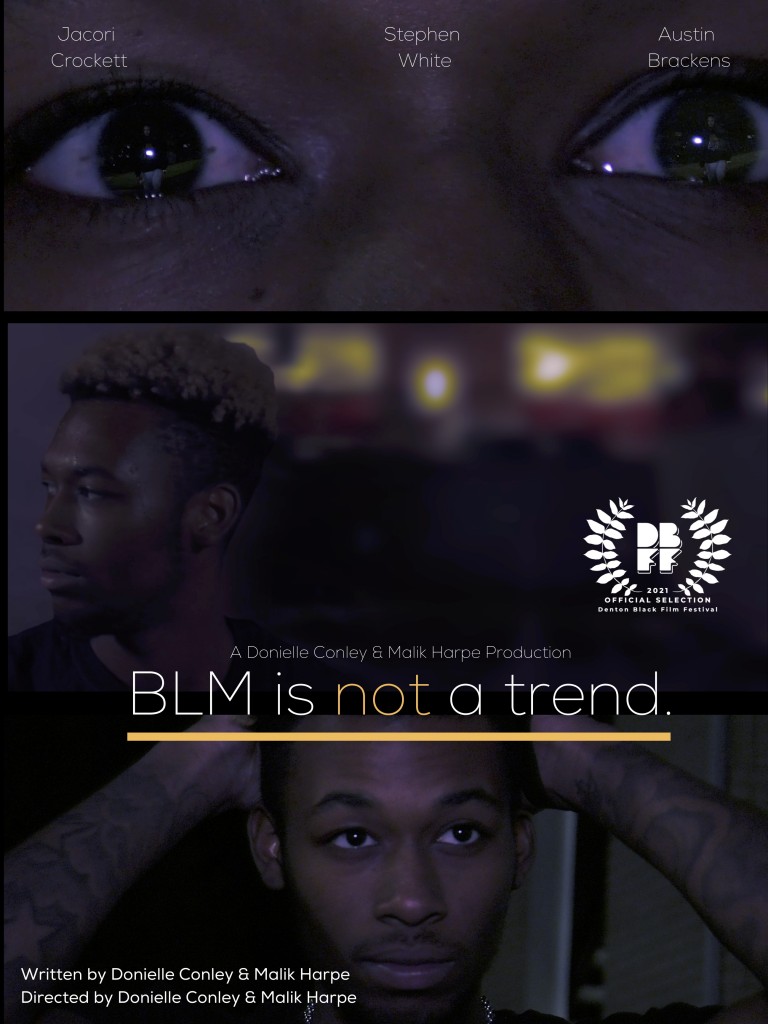 Movie poster for “BLM is not a trend.” Directed and written by Malik Carey-Harpe and Donielle Conley.

In the four-minute short, their lead character is Aaron, a young college student. As he washes his face for bed, he hears a September news briefing, where Kentucky Attorney General Daniel Cameron said two officers connected to Breonna Taylor’s death “were justified in their use of force.”

The news provokes a nightmare. Aaron dreams his friends take the place of victims of police violence, including George Floyd, Breonna Taylor and Trayvon Martin. 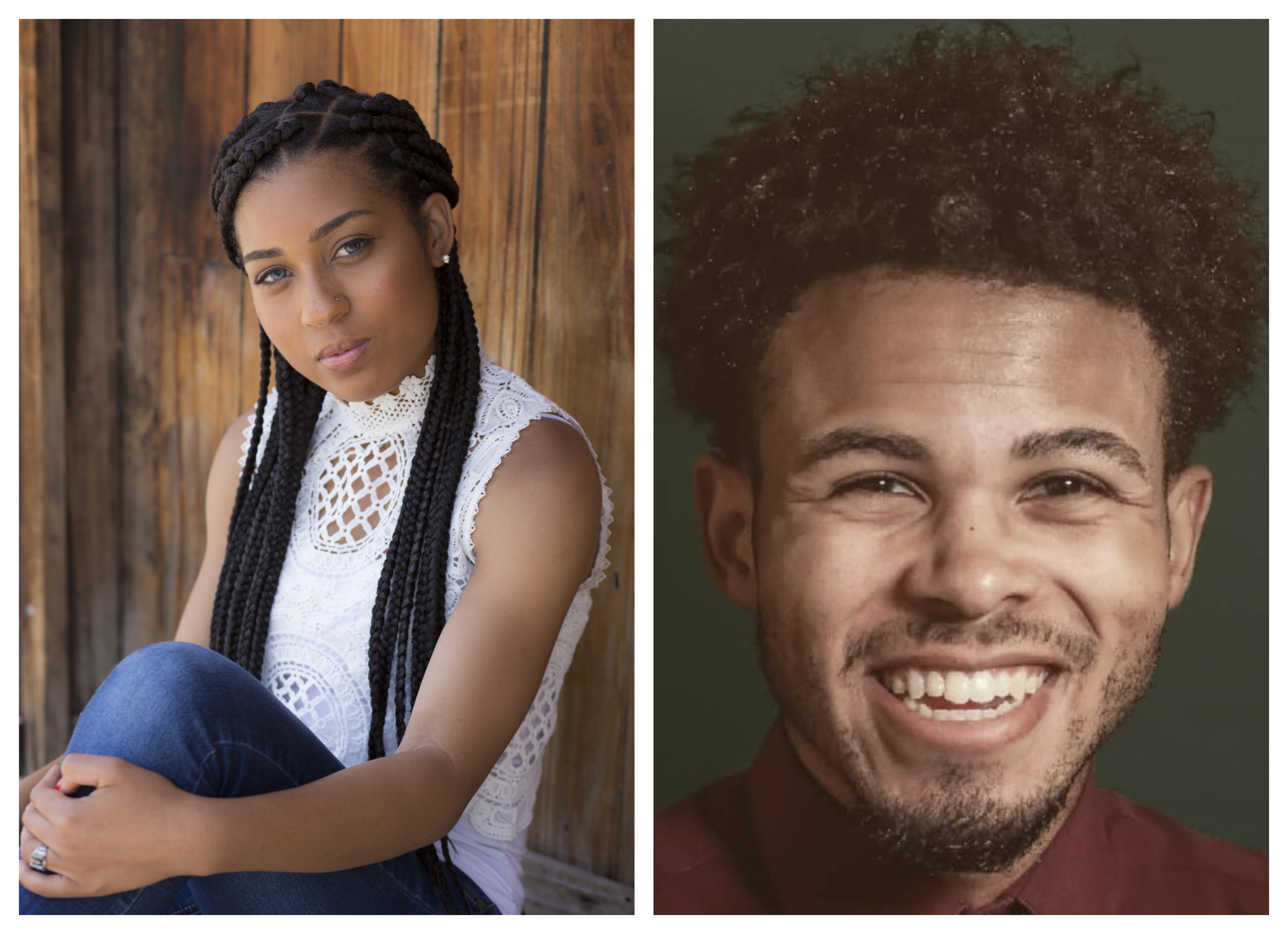 The filmmakers said Aaron represents the fear that many Black people live with.

“Once we leave our homes, there is automatically a target on our backs to some people. And many others always wonder why we say ‘I’m glad that I made it home today,” said Aaron, played by Jacori Crockett, in the film.

Aaron’s wakes up to find he has to continue living his nightmare.

Co-director Carey-Harpe plays one of Aaron’s friends who dies in the dream. With the film, he wanted to tell a narrative about the brutal realities of racism.

“As a creative, it’s something I want to share and show how we really feel in the moment,” Carey-Harpe said. 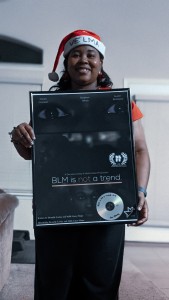 Conley says she shares Aaron’s fear, and the trauma surrounding it.

“As we were seeing the stories of Breonna Taylor and George Floyd, we really resonated with it because it helped us understand that could have been anyone of us,” she said.

This is the pair’s first work accepted to a film festival. A teacher encouraged them to submit “BLM is not a trend.”

“It’s something that you dream of,” Carey-Harpe said, of being selected by Denton Black Film Festival. “The best feeling was when I printed out a poster for my mom and had it framed and she basically teared up.”

“BLM is not a trend” is also one of over 100 films presented virtually at the festival, which organizers say gives space to Black stories without censorship.