Skip Navigation
Home > ArtandSeek.net > VIDEO: Capturing A Skyline, One Shutter At A Time

Yes, he’s a photographer. But Justin Terveen’s work feels painterly – like he’s dipping into a palette of sunsets and lightning and using the city skyline as his canvas. 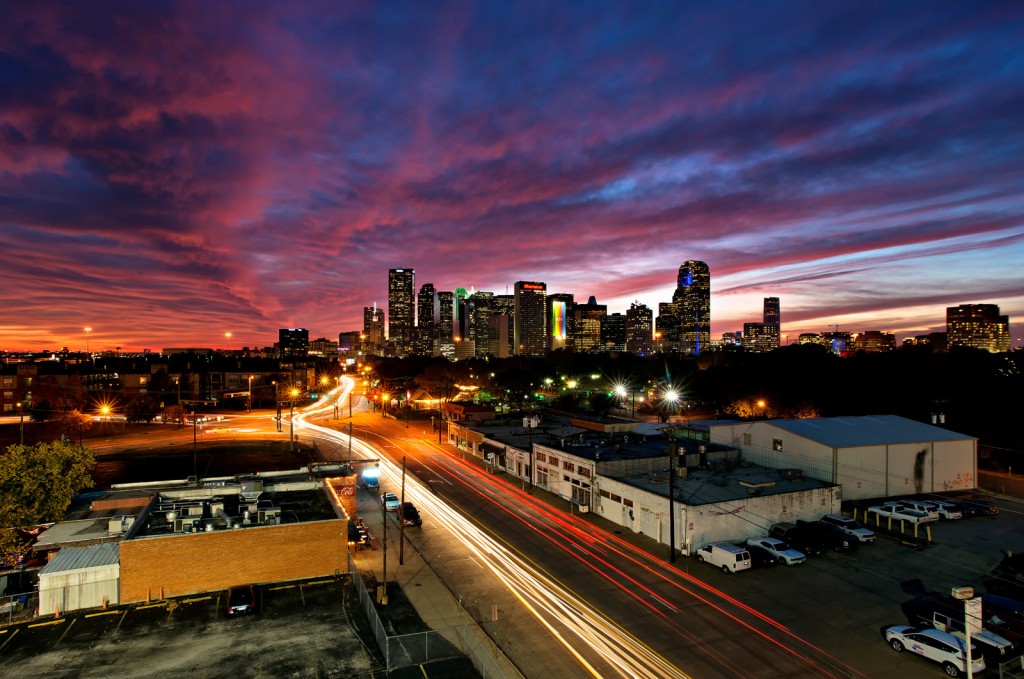 “I like to shoot urban landscapes,” he says. “I like punchy contrasty colors. Sharp images that are still silky smooth. I like colorful images. I’ve never been a big black and white guy. But I also like weather. I like to shoot lightning stuff. Lightning and rooftops. All that fun stuff.”

Terveen sets up his cameras and equipment on bridges or atop parking garages, then waits – sometimes for hours – for perfect conditions.  Getting a great shot is about more than finding the perfect spot or angle. Understanding weather conditions – and what’s likely to go off in the sky – is crucial too.

“I have a couple different ways to track and monitor what’s going on in the sky I use visible satellite. That tells me what kind of cloud cover we have. From there I like to study web cams or have web cams linked up on my phone, so I can pull it up and see exactly what it looks like. After so many years you just develop a sense of when something’s going to happen. All the conditions are familiar you can time it out. ”

He started shooting in 2004, after a friend lent him a point and shoot camera. He was hooked. So many of his shots feature a stunning contrast between our modern cityscape and our sometimes crazy weather. Between 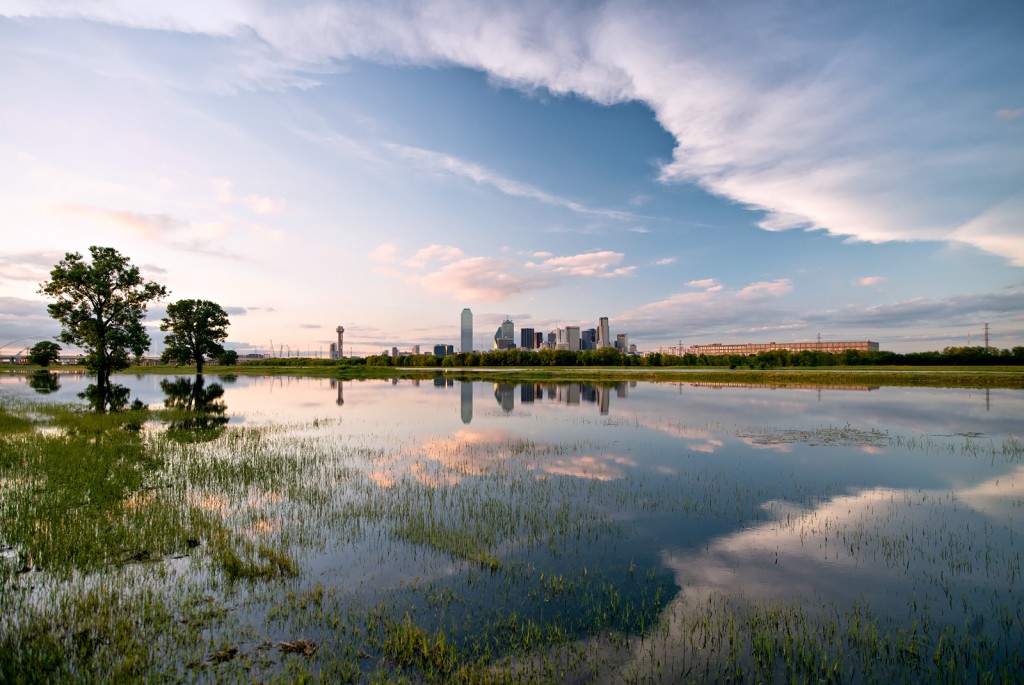 What does he look for in a great skyline shot?

“Balance height color materials, orientation, you know the way its facing. And Dallas has so much of that going for us. We have a lot of different shapes and heights and different colors. Our skyline is beautiful at night. And it’s turned in just such a way that it catches the evening sun beautifully.”

Terveen’s company, Urban Fabric, shoots mostly for architecture clients. But his photos have gone viral, picked up by news outlets like CNN and spread around social media. Now, he’s publishing a book of some of his best work. “I don’t go out and take these photos to sit on them. I want to show them to people. And that, from day, one has kind of  fostered a sharing attitude that, you know, these are for everyone to enjoy. That’s the main reason I do this, is to entertain people.”

With more than 8.5 million views on the photo sharing site Flickr, it pretty clear that people are entertained.

You used to shoot street photography. Why the move away?

One of the first meaningful images that I can remember was a homeless individual on the streets of Dallas who was sleeping underneath an American flag.  I’ll never forget that scene. It was powerful. I’ve considered shooting street again, and it’s something that I still dabble with here and there, but in order to shoot successful street photography, you can’t have any fear.. And I’m not quite as interested in having somebody throw water bottles at me, or chasing me down the street. The professional side of things started picking up more and that was geared more toward architecture.

What did you have to give up to become a photographer?

When I was initially getting into photography, it was everything… You pour your heart and soul into it and everything goes by the wayside. That’s your love life.. It’s horrible to say, but your family, your friends. I completely dove into the camera because that’s what made me happy. It’s kind of selfish, but I think that’s what kinda of helped fuel the passion along.

How has being in North Texas affected your work?

Being that North Texas is my subject, it kind of goes hand and hand. It’s crucial. But.. on the other hand, North Texas can be kind of troublesome, because it’s flat and I like mountains.

I am creatively satisfied by photography. That’s one of the reasons that I got into it. It was an outlet. You have that sort of thing when you’re a kid, you’ve got a coloring book or whatever, but as an adult it’s like.. oh yeah!  I remember this; this is cool!

Where do you pull inspiration from?

I probably pull inspiration from lots of things.. I don’t think I could pinpoint one thing, it’s kind of a collective atmosphere. I’ve had a few mentors, one that I can think of specifically is Jason Grant, he’s a brilliant guy, glad to call him a friend. He’s amazing with a camera, he still shoots with film, or the last time he shot was with film anyway. He doesn’t shoot that much these days. Incredible photographer, he’s always been an inspiration. His discipline is what gets me. It’s like I have zero discipline, very little. And he’s focused, he’s lie a laser beam and I’ve always respected that.