Pause for a second in the Concourse Gallery at the Dallas Museum of Art, and you’ll notice a few framed essays among the drawings, small-scale sculptures and photos on display. You might even figure out how to immerse yourself in one of six original musical compositions. Each of these 60 works was created by a teenager. And frankly, it’s a little intimidating.

The Young Masters Exhibition is on display the Dallas Museum of Art through April 17.

It’s all part of the The O’Donnell Foundation’s AP Young Master’s Exhibition, a competition in its 18th year at the DMA. Sixteen Dallas-area schools involved in the foundation’s AP Arts Incentive Program were eligible to participate, and 858 submissions came in, in the realms of studio art, art history, and music theory. Sixty of those entries were selected for the exhibition. We spoke with three of the selected Young Masters (including one Young Maestro) to discuss their works and their future plans. 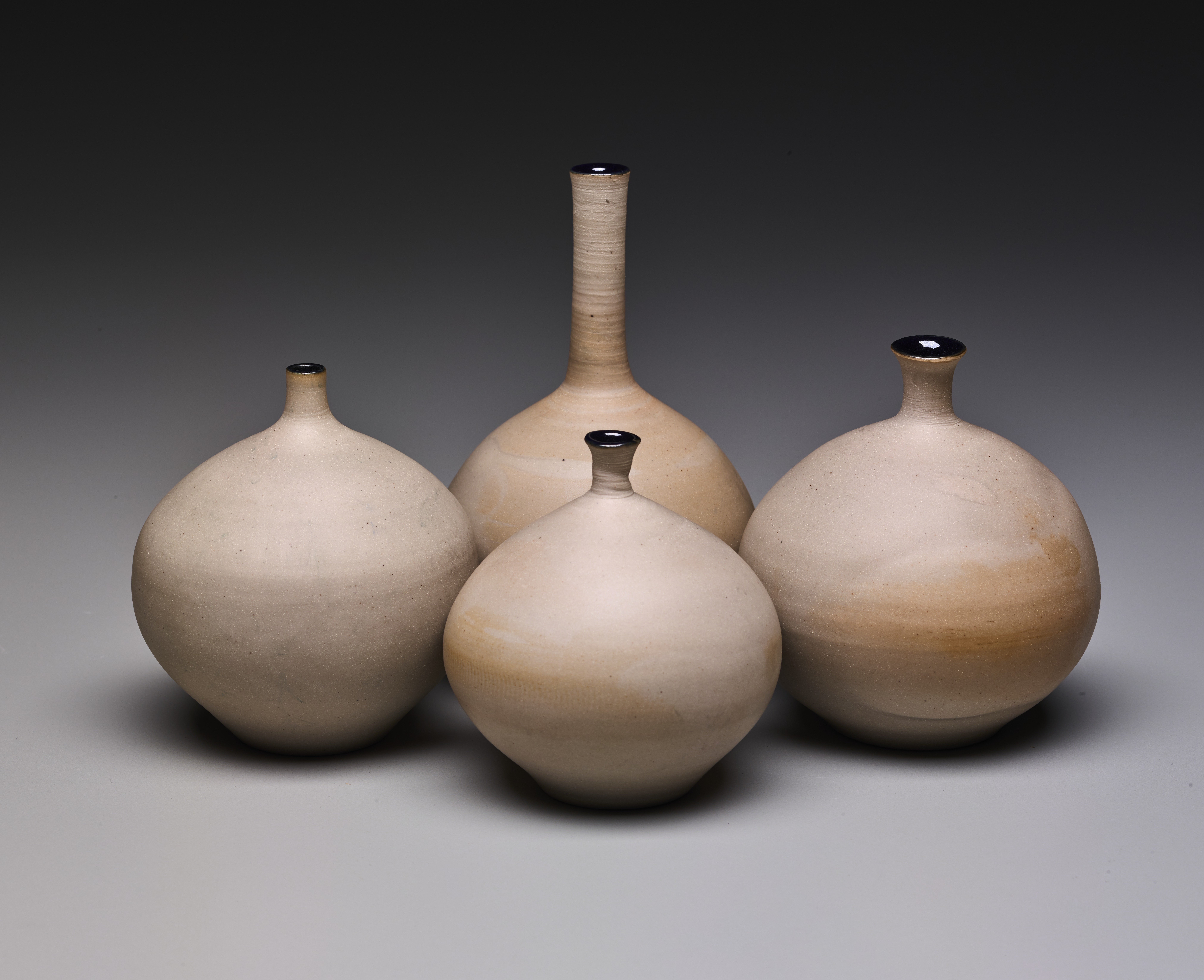 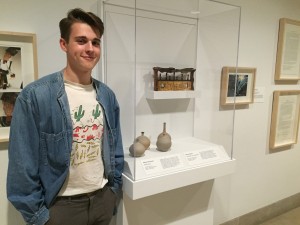 Nik, 18, is a senior at Booker T. Washington High For the Performing and Visual Arts in Dallas. His ceramic submission, titled “Wobby-Sobby,” is one of 49 2- and 3-dimensional studio art submissions. Nik usually focuses on painting, but his work is too large-scale for the exhibition’s requirements. Fortunately, he also enjoys throwing, because it’s unpredictable: “A lot of happy mistakes are made.” As for “Wobby-Sobby” he says, “It kinda just happened.”

The tiny pots almost seem to be inside-out. Nik notes that the outside of each pot is unglazed, raw porcelain, while the insides are glazed metallic black.  The outside of each seems almost planetary, with a hint of a cosmos within — a universe in reverse.  On the Young Master’s webpage he notes:

“Creating a paradox in my porcelain work and finding perfection within imperfection, I designed this series to feature delicate, narrow entrances into voluminous vessels. In throwing the clay, I explore the possibilities and allow the mystery of each pot to evolve. The raw clay bodies encompass the strength and beauty of the glaze that the lip of each pot reveals. The natural imperfections from firing evoke perfection in the character and individuality of each pot.”

Nik says he intends to become an exhibiting artist, setting his sights on NYC and Brooklyn’s Pratt Institute. 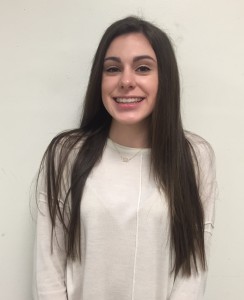 Karli Livingston – “Elephant Mask: The Masquerade and Its Power”

Budding art historian Karli Livingston, 15, is a student at Grapevine High School. Her submission in this year’s exhibition is a short essay concerning “Elephant Mask” (or mbap mteng) a Cameroonian piece in the DMA’s permanent collection. Karli says she was drawn to the texture of the piece and ita beaded, geometric designs which stand in contrast to African art made out of wood. 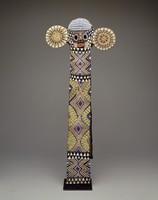 Elephant Mask (or “mbap mteng”), courtesy of the DMA.

The essay, in Karli’s words, discusses how the piece “shows power and authority, and how it keeps the beliefs of the Kuosi society.”

When it comes to art history, Karli says she’s most interested in the “motivation behind the artworks,” such as the “customs of the people or the beliefs of the time.”

Karli’s not certain that she wants to study art history in college. She says it’s more of a back-up plan. “I’ve looked at many colleges that offer it,” she notes, “but I’m most interested in engineering or some type of science such as neuroscience.”

Here’s Karli reading her essay, “Elephant Mask: The Masquerade and Its Power.” 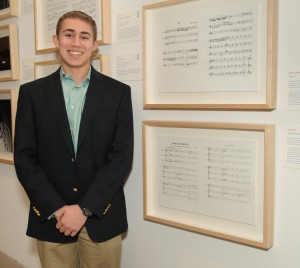 Already an accomplished musician/composer, Young Maestro Austin Ali says his main career goal is to “become the composer for Star Wars XV.” At 18, this is Austin’s second year in the exhibition. He placed 2nd in last year’s competition. [This year, no winners are being selected.]  His piece this time is a soaring trio f

or trombone, trumpet, and french horn entitled “Odyssey in Brass.” Austin describes his piece as a hyper-condensed version of a hypothetical film score, a glimpse of what he hopes to achieve in the future. “My idea is to become a film score composer one day,” he states. “I love film scores. I love John Williams.”

Austin was first introduced to music in the 5th grade, when he played his great-grandfather’s cornet, which he calls a “baby-cousin to the trumpet.” He says his grandfather gave him the cornet and taught him to play a scale. “I thought I was the coolest 5th grader ever because I was going into 6th grade knowing how to play the ‘C Scale,’” he says. In 7th grade, Austin first attempted to write music, creating a score using photos of musical notation on a powerpoint presentation. He’s been composing ever since.

Austin has been accepted to UT’s Butler College of Music, but he’s still waiting to hear back from Juilliard, Berkeley, and Stanford, among others. Here’s “Odyssey in Brass” for your listening pleasure.