are available to stream on-demand via the KERA Passport member benefit. Learn more.

Watch these programs on KERA TV 13.1:

Across Texas, an unstoppable construction boom drives urban sprawl and luxury high-rises. Its dirty secret: abuse of immigrant labor. This documentary captures a turning point as a movement forms to fight widespread construction industry injustices. A story of courage, resilience and community, the film reveals shocking truths about the hardworking immigrants who build the American dream, of which they are excluded.

Frame of Mind | Ursula or Let Yourself Go with the Wind

Ursula tells the story of seven-year-old Nadia, who becomes separated from her mother after seeking asylum at the border. As Nadia waits for her asylum to be processed, she remembers the life she left behind in Honduras and wonders about the new one she’s facing. Staged imaginatively with puppets and handmade dolls—and with original music by Armando Monsivais —Ursula reveals the inner world, desires and resilience of a child seeking a better life by immigrating to the United States. Written, directed and performed by Frida Espinosa Müller. 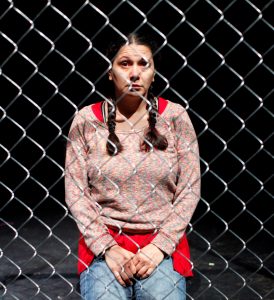 Latino Americans | Foreigners in Their Own Land

In episode one, join narrator Benjamin Bratt for a documentary series that chronicles the rich and varied history of Latinos, who have for the past 500-plus years helped shape what is today the United States and have become the country’s largest minority group. In the first episode, survey the history and people from the first Spanish explorations in North America to the Mexican-American War.

See how the discovery of lost photographs sparks the search for a hero that history forgot — Maria Moreno, an eloquent migrant mother who became an outspoken leader for farmworker rights.

Wednesday, September 29 at 10am

Examine the life and career of entertainer Raúl Juliá with a revealing portrait of the actor, who earned recognition for his versatility both on stage and on screen.

In this original KERA production, learn about the rich cultural heritage of one of Dallas’ oldest neighborhoods. Little Mexico/El Barrio tells the story of the area where individuals and their families settled to begin their new lives after immigrating to the United States from Mexico. Using interviews, archival photographs, home movies and personal memorabilia, this program creates a historical record of this once-thriving community that encompassed what is now Pike Park, and the Arts and Historic West End districts.

Ashley, a Mexican-American teenager living in California, dreams of graduating high school and going to college. But when ICE raids threaten her family, Ashley is forced to become the breadwinner, working days in the strawberry fields and nights at a food processing company.

Episode two explores widespread immigration to the U.S. from Latin countries begins – first with a small group from Cuba, then a larger one from Mexico. The U.S. helps liberate Cuba, and seizes Puerto Rico, in the brief Spanish American War; With the onset of the Great Depression, Immigrants encouraged in the ’20s are deported en masse in the ’30s.

American Masters | Rita Moreno: Just a Girl Who Decided to Go for it All

Discover how Rita Moreno defied her humble upbringing and racism to become one of a select group of Emmy, Grammy, Oscar, and Tony Award (EGOT) winners. Explore her 70-year career with new interviews, clips of her iconic roles, and scenes of the star on set today.

In a three-hour presentation of nonfiction and fiction short films, The Latino Experience explores a broad collection of experiences, perspectives, and points of view to highlight the diversity of the Latino/a/x community and to illuminate the vibrancy of the United States and Puerto Rico.

Discover the true story behind the 1918 massacre of 15 Mexican men in a tiny Texas border town. One hundred years later, this powerful film asks what led to the events of that fateful night and reveals the tensions that still remain along the border a century later.

The highest honor to be given to Hispanics by Hispanics in the United States, the Hispanic Heritage Awards is a celebration of excellence by Hispanic and Latinx people in the arts, business, philanthropy, and more. 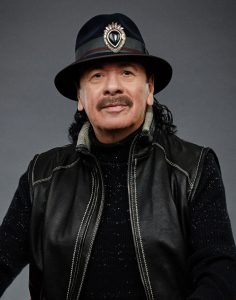 Episode three moves into the World War II years and those that follow, as Latino Americans serve their new country by the hundreds of thousands — but still face discrimination and a fight for civil rights back in the United States.

Meet Dr. Victor Rios, a high school dropout and former gang member turned award-winning professor, author and expert on the school to prison pipeline, who works with young people who have been pushed out of school for reasons beyond their control.

Savor the sights, sounds, and flavors of the U.S.-Mexico border alongside acclaimed chef and James Beard Award-winning host Pati Jinich as she experiences the region’s rich culture, people, and cuisine.

Based on correspondence with his sister in exile, Letters to Eloisa recounts the life of Cuban literary great José Lezama Lima, author of a homoerotic novel, Paradiso, and tells the story of his silencing by the Cuban revolutionary government.

Stream these programs now on your laptop, mobile device or TV screen using the KERA Passport member benefit, for as little as $5/month or $60 annually.

With intimate and unprecedented access, Peter Bratt’s Dolores tells the story of Dolores Huerta, among the most important, yet least-known, activists in American history. Co-founder of the first farmworkers union with César Chávez , she tirelessly led the fight for racial and labor justice, becoming one of the most defiant feminists of the 20th century.

The Latino Vote: Dispatches from the Battleground

For the first time, Latinos in 2020 will be the largest racial or ethnic minority group in the electorate. But in past presidential elections, growing numbers of eligible voters haven’t always translated into voters who cast ballots on election day. With Latino communities across the country disproportionately impacted by the effects of COVID-19, how are organizers and campaigns working to get out the Latino vote — and what does it mean for November and beyond?

KXT is proud to support Latin artists year-round – including this September and October as part of Hispanic Heritage Month. Here are a few artists we can’t stop listening to ▶️

▸ Explore the journey and contributions of Latin Americans with more
documentaries and episodes, curated by PBS

▸ Go to video.kera.org to watch more documentaries and series