The newest installment of KERA’s Texas Trailblazer series profiles the lives and careers of three outstanding women who are making a difference in North Texas. Kael Alford is an award-winning journalist and SMU adjunct professor; Liz Cedillo-Pereira is a Dallas-based attorney with a special focus on immigration; and Erma Johnson Hadley is the chancellor for the Tarrant County College District. They chose different paths, but they have one thing in common. Each of these women followed her passion, and through her achievements has changed lives. This half-hour television special is part of KERA’s Women and Girls Lead programming initiative. Texas Trailblazer premieres Friday, March 28 at 7:30pm on KERA TV.

Erma Johnson Hadley is the Chancellor for the Tarrant County College District, the first woman and first African American chancellor of TCC. She has been with the district for more than 40 years as a faculty member and administrator. During her tenure on the Tarrant County College faculty, she was voted “Outstanding Teacher.” Chancellor Hadley grew up in the small southeast Texas logging town of Leggett in the era of legal segregation, and has dedicated her life and career to changing lives through education. She was inducted into the Texas Women’s Hall of Fame in 2010.

Kael Alford is a nationally acclaimed photojournalist who has traveled the world capturing untold stories. Her work has focused on political conflict, underrepresented communities, cultural identity and the human relationship with the natural environment. Alford’s work has appeared in European and American publications including Time, Newsweek, The New York Times and The Guardian, among others. Her work in Iraq is included in the book Unembedded: Four Independent Photojournalists on the War in Iraq. Her latest project focuses on a remote community in the disappearing wetlands of Louisiana’s coast. Alford is now at Southern Methodist University as a visiting artist and adjunct faculty member.

Mary Elizabeth (Liz) Cedillo-Pereira is an attorney seeking U.S. immigration solutions for her clients from around the world, and is passionate about children and education. In law school she established a tutoring and mentoring project for Dallas kids. Currently, Liz serves on the Advisory Board for the Irma Rangel Young Women’s Leadership School for Girls and the Advisory Council for the Capitol One University Crossroads Initiative to increase college matriculation for Dallas school children. In 2010, Liz received the Congressional Hispanic Caucus Young Leader Award for demonstrated commitment to developing the next generation of leaders.

With a career in public service that spanned a half century, Judge Harold Barefoot Sanders is remembered for his role in the desegregation of Dallas public schools and for the indelible mark he left on the entire country. As Assistant Deputy Attorney General in the Justice Department under President Lyndon Johnson, Sanders guided passage of the Voting Rights Act of 1965 that ended a history of discriminatory voting practices. The documentary examines his career as a state lawmaker, member of the Johnson administration and 27 years as a federal judge.

Texas Trailblazer Barefoot Sanders premiered Sunday, May 3, 2009 on KERA-TV. The broadcast marks the eve of the thirtieth anniversary of his investiture as a federal judge. He was sworn into office on May 4, 1979. 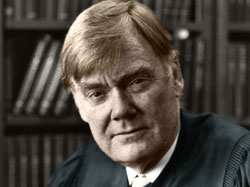 In the 1950s, married women in most states needed their husband’s permission for legal and business transactions. They couldn’t open their own bank accounts, sign contracts or control their own paychecks. Texas Trailblazer Louise Raggio tells the story of the Texas attorney who changed all that. Raggio went to law school to support her family after her husband returned from WWII emotionally shattered. She made history by leading the effort to draft and secure passage of the Marital Property Act of 1967 and became an icon in the struggle for women’s rights. 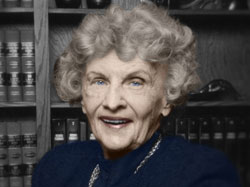 Vivian Castleberry became the first female editor of the Dallas Times Herald in 1957. She transformed the content of the paper’s Living section from coverage of high society and weddings to include stories of social significance including child abuse, depression and women’s rights. Castleberry retired from the Dallas Times Herald after 28 years to pursue a second career as a peace activist. She co-founded the Women’s Center of Dallas and The Dallas Women’s Foundation, and founded Peacemakers Incorporated. She was inducted into the Texas Women’s Hall of Fame in 1984. 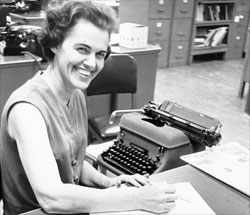